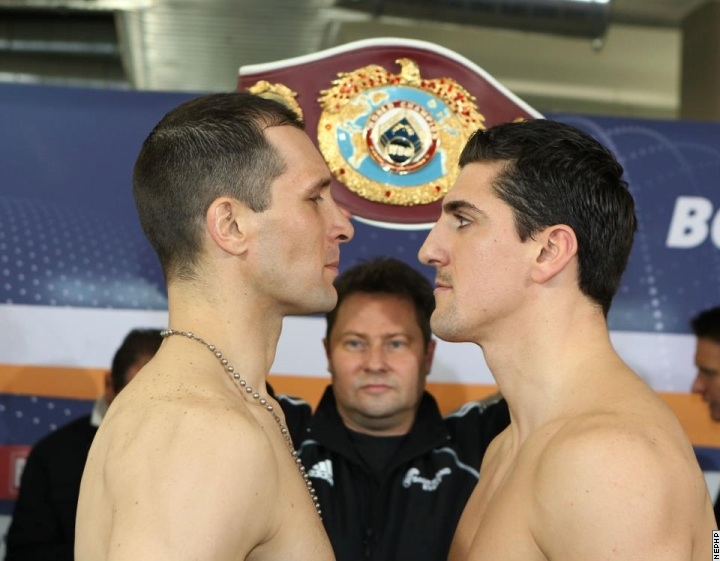 The weights are in for Saturday’s big event in Ludwigsburg. Marco Huck will defend his WBO cruiserweight title against tough Rogelio Rossi. In the co-feature, Dominik Britsch will face Billy Lyell in a middleweight contest, and Kubrat Pulev takes on Travis Walker in a battle of heavyweights. Photos by Photo Wende