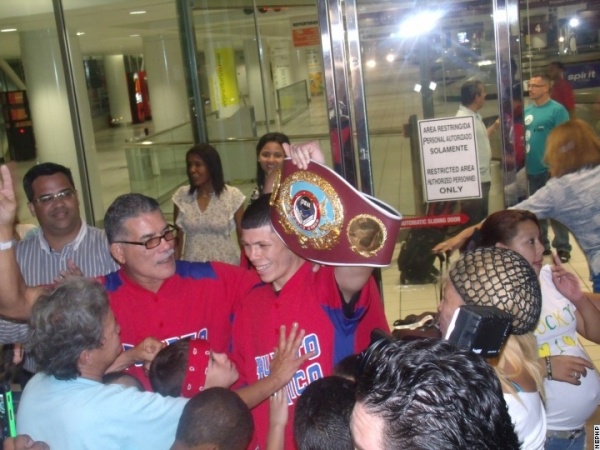 The WBO super featherweight champion, Roman “Rocky” Martinez returned to Puerto Rico from a connecting flight from New York, and he received a hero’s welcome from the media, family, friends and the Sports and Recreation Secretary Raul Orta. Martinez returns from a very long flight after fighting in Macau, China on Saturday night – where he retained his title with a split decision over previously undefeated Diego Magdaleno. Martinez was accompanied by his team and promoters.