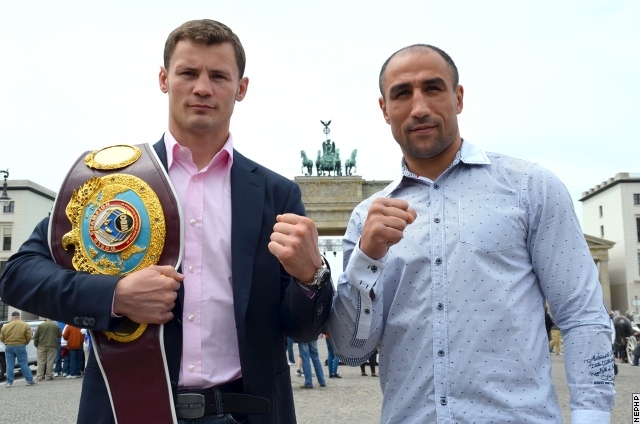 A deal has been finalized for Arthur Abraham (34-3, 27KOs) to challenge WBO super middleweight champion Robert Stieglitz (42-2, 23KOs) on August 25 at O2 World in Berlin, Germany. The two boxers met face to face at press conference to announce the fight. An army of reporters and photographers turned out to catch the action.

“I’m happy that this fight will take place at o2 World. I was hoping for another chance to show my skills in this incredible arena in front of as many fans as possible. I am looking forward to entertain them again, like I did back in 2009 with my last round knockout against Jermain Taylor,” said Arthur Abraham.

Robert Stieglitz is not fazed at all with the outlook of fighting in Abraham’s backyard: “That’s my belt and we are going to battle for it – in the end it will still be mine. I will prove that my championship is legitimate, no matter of the opposition, time or place.”

Ticket sales for Robert Stieglitz vs. Arthur Abraham are going to start this Friday, June 8. Tickets can be purchased at www.eventim.de or www.o2world-berlin.de. Alternatively, ticket information can be obtained at www.boxing-online.com or www.sesboxing.de.