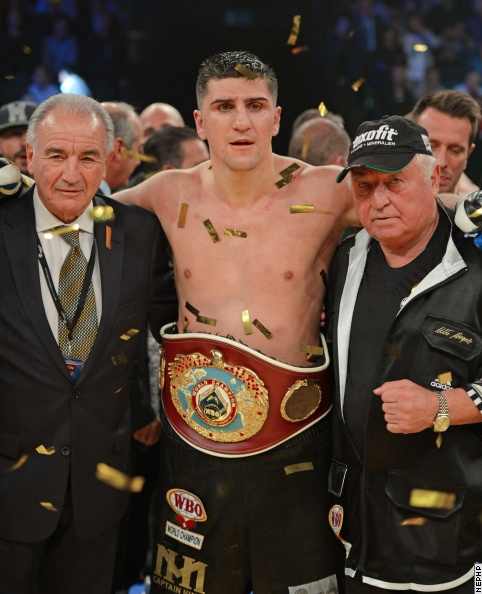 Halle, Germany – In the end, Marco Huck will retain his WBO cruiserweight crown, although there was some controversy as to how his bout against Mirko Larghetti ended. Huck (38-2-1) battered Larghetti with a barrage of punches at the conclusion of the 12th and final round, scoring what appeared to be a brutal knockout. But referee Jack Reiss overruled what appeared initially to be a KO win, stating that Huck’s final knockout punch floored Larghetti before the round was over, but the challenger didn’t hit the canvas until after the bell sounded to end the fight. Larghetti (21-1) suffered his first-ever defeat to the man who successfully defended the cruiserweight crown for the 13th time, tying Englishman Johnny Nelson’s record.