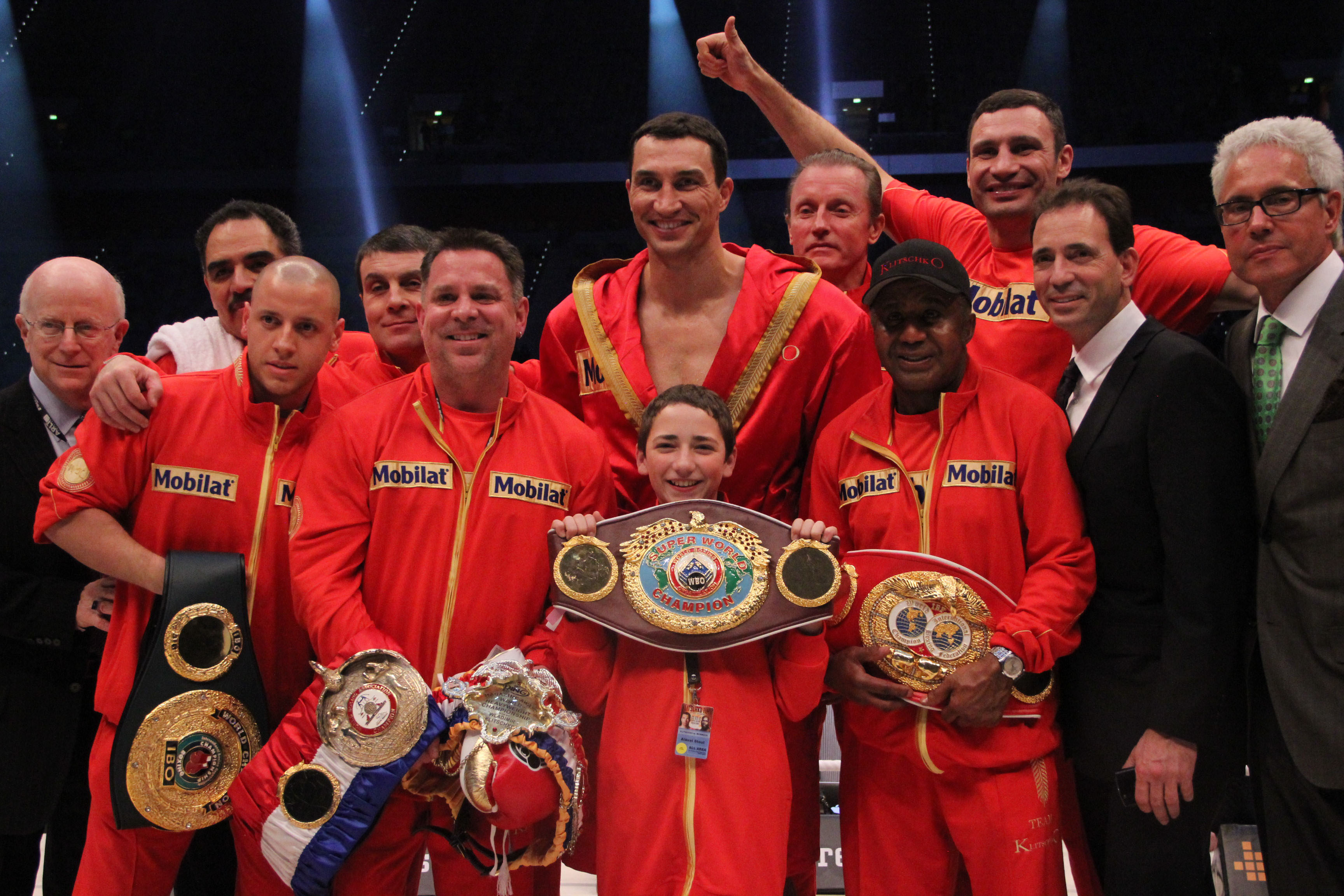 Photos: Klitschko Knocks Out Mormeck in Fourth Round

WBO/IBF/WBA Heavyweight Champion Wladimir Klitschko dominated Jean Marc Mormeck this past Saturday at the ESPRIT Arena in Dusseldorf, Germany en route to a fourth round knockout. In round two, Klitschko landed a hard right hand, which dropped Mormeck to his knees. Finally, in the fourth round, Klitschko landed a hard right hand, followed by a left which sent Mormeck down to the floor again. Mormeck struggled to stand up, and referee Luis Pabon stopped the fight at 1:12 of round four.