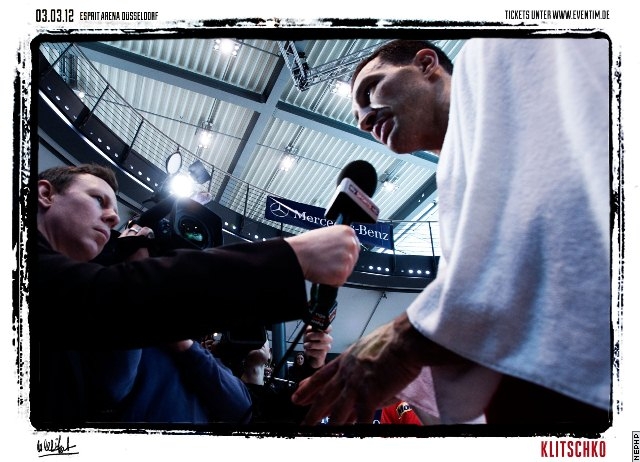 Wladimir Klitschko and Jean-Marc Mormeck held their open work out at the Mercedes-Benz dealership in Düsseldorf (Germany). Over 900 fans showed up to watch both fighters showing off their boxing skills in preparation for their heavyweight championship fight this Saturday, March 3.

WBO/WBA Superchampion, IBO/IBF World Heavyweight and “The Ring” Champion Klitschko and his contender Jean-Marc Mormeck will face off at the ESPRIT arena in Düsseldorf, Germany.

A video and pictures of the Klitschko and Mormeck open work out is available on the official Klitschko facebook page (www.facebook.com/VitaliWladimirKlitschko).

The fight will be broadcast live and exclusively on RTL in Germany, in the US it will be shown on EPIX.

Remaining tickets for Klitschko vs. Mormeck are available on www.eventim.de.