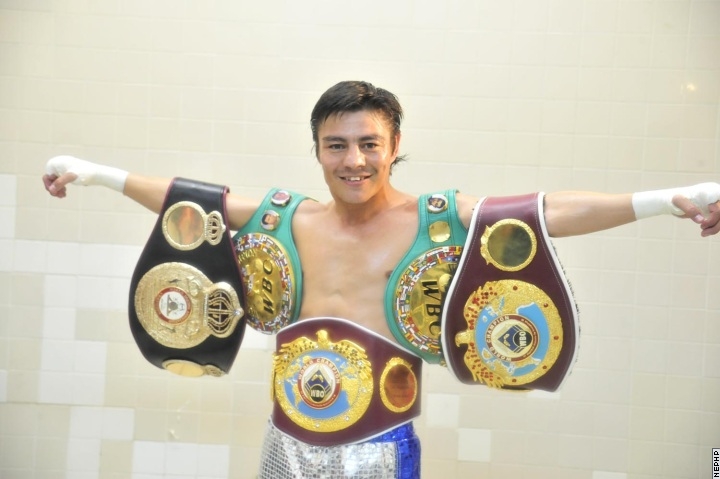 Jorge Arce won a twelve round unanimous decision over Angky Angkotta in their Fox Deportes-televised main event at Plaza de Toros Rea in Mazatlan, Mexico to win the vacant WBO bantamweight title. It was Arce’s fifth world title in his fifth weight division. The scores were 118-110 (twice) and 117-111. Arce improves to 59-6-2 (45KO). The win is his second decision in as many tries against Angkotta, who falls to 25-6 (14KO).