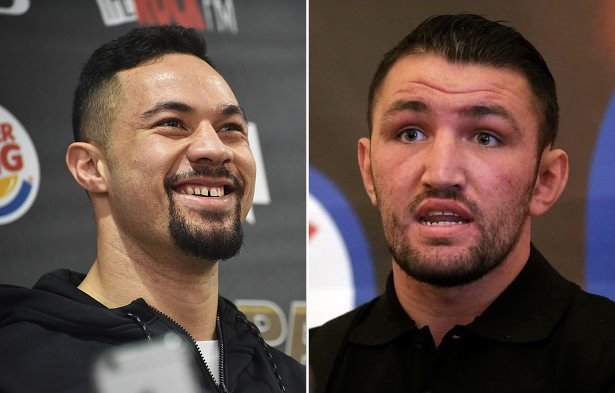 Parker vs. Fury set for May 6 in NZ Undefeated Fury, from Manchester, will travel to the other side of the world as he looks to cause a massive upset against the similarly unbeaten and big-hitting Parker who is a superstar in his native homeland.

Fury aims to emulate cousin Tyson’s amazing feat of ending the reign of then division king Wladimir Klitschko in November 2015 when he travelled to Germany and tore all the belts from the seemingly invincible Ukrainian.

The hard-hitting and highly-skilled 22-year-old, trained by father Peter, has a perfect record of 20 wins with 10 knockouts in a four-year career and captured the WBO Intercontinental title in his last fight against Fred Kassi. Fury had a glittering amateur career that culminated in winning Gold at the 2012 World Youth Championships – England’s first ever at super-heavyweight.

Parker became New Zealand’s inaugural World Heavyweight Champion when he won the WBO crown in December, defeating the previously unbeaten Andy Ruiz Jr for the vacant title at the Vector Arena with a very tight points decision. The 25-year-old is certainly heavy-handed after winning 18 of his 22 fights by knockout in a near five-year career.

It will be the first time in history that a recognised world heavyweight title has been defended in New Zealand and Parker versus Fury is expected to become the biggest boxing event ever staged in the country, with an expected global audience of over 100m.

Fury is not bothered with the hype and is fully focused on shaking the world up – just like Tyson – by defeating Parker, “I’m really looking forward to it and I just can’t wait! I feel great and I’ll be in the best shape my of life come fight night and you’ll see something special. It doesn’t matter what country the fight’s in, a boxing ring is a boxing ring to me, no matter where in the world. The result will be the same, a Hughie Fury victory and on May 6th you’ll be looking at the new WBO World champion.”

Despite the enormity of the event, Peter is confident that his son will rise against the odds and cause an upset. He said, “I see it as a very competitive fight between two of the best young heavyweights in the world today and the fans and media are certainly going to relish this one. Parker’s the World Champion and we’re going into his territory, but we’re fighting people through and through and this does not bother us. I see my son coming back home with the World Title.”

Mick Hennessy, CEO of Hennessy Sports, is backing his man to return home crowned the new WBO World Champion. He said, “Hughie is an exceptional talent who has been underestimated in his career. I know that the bigger the fight and the bigger the occasion, Hughie will rise to that challenge and Parker will bring out the very best in him. We’re under no illusions, this is a very hard test for Hughie, but I believe he will shine through.”