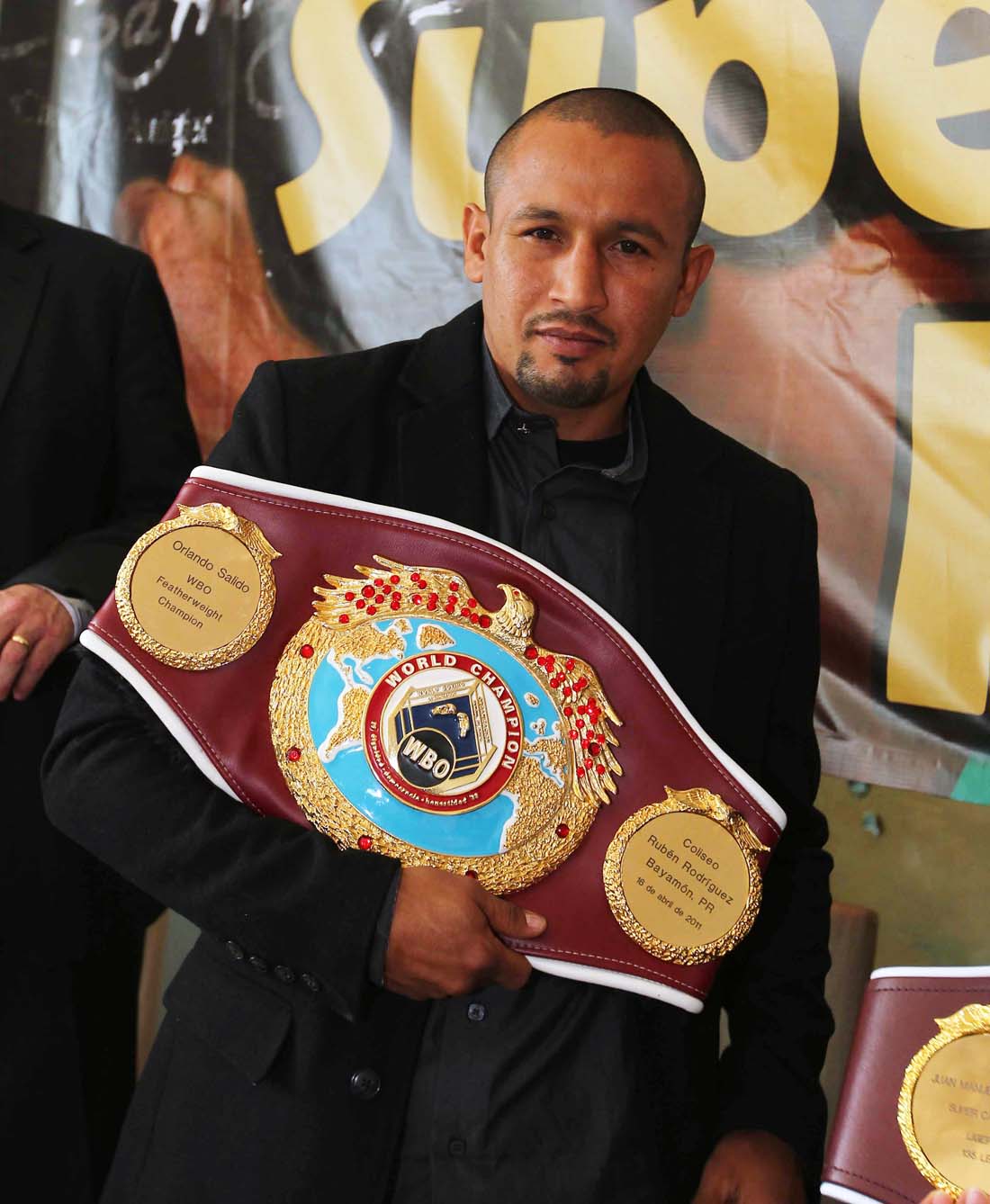 Orlando Salido Out To Prove JuanMa Win Was No Fluke Usually when a rematch rolls around, it’s the losing fighter who has something to prove. Yet in the case of the March 10 sequel between Orlando Salido and Juan Manuel Lopez, it’s the reigning titlist who finds himself on the defensive.

“I shocked the world last year with my win, but when I do it again no one will be surprised,” said Salido.

The bout takes place at Coliseo Roberto Clemente, the same venue which hosted last April’s massive shocker, when Salido scored an 8th round stoppage over Lopez in a bout tabbed by Boxingscene as 2011’s Upset of the Year. Showtime – who aired their first fight – will televise the sequel on a show that will feature unbeaten Top 10 featherweight Miguel Angel Garcia in the co-feature.

Salido (37-11-2, 25KO) picked up a career-best win with the title-winning upset over Lopez, kicking off a 2011 campaign that saw the battle-tested Mexican score three knockout wins in as many fights.

The 31-year old – who turned pro at 15 and has been fighting as a pro for more than half of his life – has twice defended his belt. A July defense saw Salido stopping Kenichi Yamaguchi in 11 rounds, before beating Weng Haya in a December bout that saw the Mexican overcome two early knockdowns to rally back and stop his perceived tune-up opponent in eight rounds.

Despite the shaky moments in his most recent performance and having fought for 16 years, Salido still believes this latest run to be the start of pending greatness.

“I know I belong among the elite in the world at featherweight and look forward to been a world champion for a long time,” Salido insists.

Lopez (31-1, 28KO) will do everything in his power to disrupt that rhythm. The Boricua’s drawing power dictated the terms for both fights taking place in his native Puerto Rico.

However, drawing power and hometown advantage only carry you far. As Lopez has learned the hard way, not even an amateur pedigree such as his (member of the 2004 Puerto Rico Olympic boxing squad) nor past accolades (major titles in two weight classes) is guaranteed to help you get the job done. Somewhere along the way, you have to fight to earn your keep.

Lopez has fought just once since the Salido debacle, looking shaky but having enough in the tank to stop fringe contender Mike Oliver in two rounds last October. It wasn’t enough to convince anyone that the ‘JuanMa’ of old was on the way back, but perhaps just enough to sell the perception of the rematch being a 50/50 fight on paper.

Not even those odds are good enough for Salido, who is preparing for the best available version of Lopez, just as was the case in their first fight.

“He wants to reclaim his title run and I want to continue being champion,” Salido firmly stated during Tuesday’s presser. “I am going to demonstrate on March 10 that my victory last April was no fluke.”