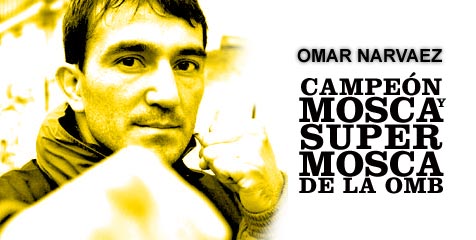 According to promoter Osvaldo Rivero, the super flyweight world champion of the World Boxing Organization (WBO), Omar “El Huracan” Narvaez will make the eight defense of his title against Japanese challenger Hiroyuki Hisataka (22-10, 10KOs) on Saturday August 24 at a venue to be decided, but within the province of Chubut, Argentina, and televised by TyCSports to Argentina and much of America. Narvaez (39-1-2, 20 KOs) made 16 successful defenses of his WBO flyweight title before moving up in weight. In his last fight, Hisataka scored an upset ten round unanimous decision over former champion Sonny Boy Jaro in April. In 2010 he scored another upset, a seventh round stoppage of 28-0 Panomroonglek Kaiyanghadaogym. Hisataka has only been stopped once, in his 2002 pro debut.