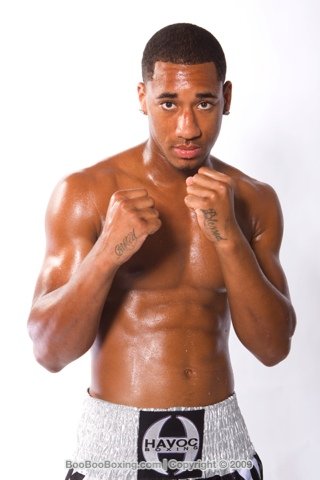 The fight will be the main event on ESPN2’s Friday Night Fights series.

Since we last wrote about Andrade after a lackluster win last August over Grady Brewer, Andrade showed a lot more aggressiveness in an impressive third-round TKO over former world title challenger Saul Duran and has climbed into the top 15 rankings of all four major boxing organizations.

“This is going to be a breakout year for Demetrius,” said Joe DeGuardia, president of Star Boxing, which co-promotes Andrade with Banner Promotions. “Ennis is a tough Philadelphia fighter who figures to give Demetrius the toughest test of his young pro career.” The undefeated Andrade (15-0, 11 KOs), who rose from the Southern New England Golden Gloves Tournament in Fall River to a world amateur boxing championship and a spot on the 2008 U.S. Olympic team, is curently ranked ninth in the junior middleweight division by the WBO, 11th by the IBF, 13th by the WBC and 15th by the WBA.

Ennis (23-3-1, 13 KOs) is a former USBA champion who is ranked ninth by the IBF. He won the vacant USBA title in 2009 against former world title challenger Ermosele Albert.

By BOB HANNA
Inside Boxing