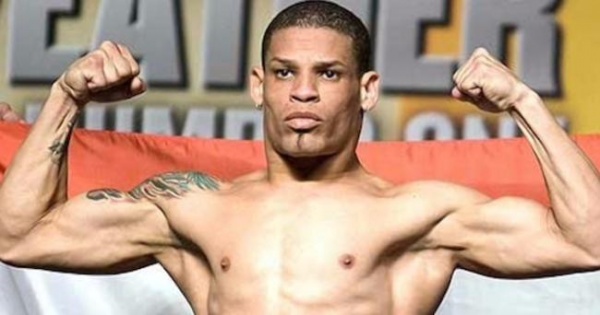 Orlando Cruz vs. Jorge Pazos on October 19th; Cartagena vs. Rivera on 10/12 ORLANDO, FLORIDA (October 10, 2012) — Jorge Pazos arrived today at Orlando International Airport in advance of next Friday’s October 19 bout against Orlando Cruz. Cruz just last week announced he was a “Proud Gay Man,” – the first active boxer having pronounced so, in boxing history. Photos are below, and in the video link below, Pazos discusses nest week’s bout.

Video is in Spanish, we will have quotes in English soon. Also view here – http://www.youtube.com/watch?v=TKFpxt6J9Fk

Pazos, (20-4, 13 KOs) from Guamuchi, Sinaloa, Mexico is fighting for only the second time outside his home country.

Orlando Cruz (18-2-1, 9 KOs), from San Juan, Puerto Rico, was a member of the 2000 Puerto Rico Olympic Team and is and currently ranked No. 4 Featherweight by the World Boxing Organization (WBO). Cruz will defend his WBO NABO featherweight title against Pazos and a win against should position Cruz for a world title shot.