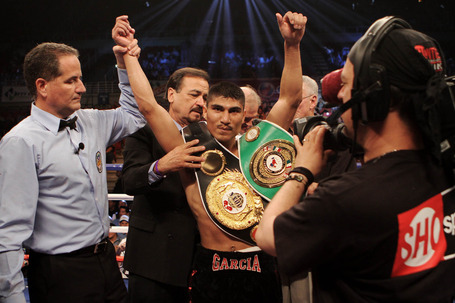 A clash of styles in the first three rounds. Concepcion, usually an aggressive fighter, switched things up and started pure boxing match with Garcia. In the fourth, Concepcion was staying defense to avoid the big shots of an incoming Garcia, and tried to reply with counters. Garcia was using a heavy jab and trying to break the strong guard of Concepcion. By the sixth, Garcia started picking up the pace with punches to the body and head.

In the seventh, a two-punch combination sent Concepcion down for count. Garcia was stalking in a calm manner by working the head and body of Concepcion against the ropes to force the stoppage at 2:27.