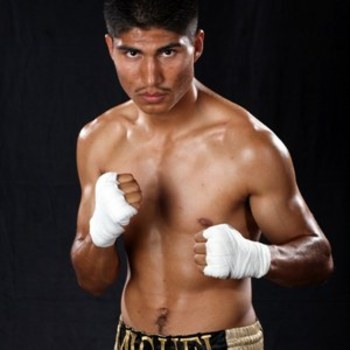 In the main event, WBO featherweight champion Orlando Salido faces Juan Manuel Lopez in a rematch of their classic battle that took place last April. Assuming that Garcia defeats Concepcion, Top Rank would like to pit him against the winner of the Salido-Lopez rematch.

Garcia isn’t so sure that he will get a shot at JuanMa should the Puerto Rican avenge his loss to Salido.  He feels there is a good chance that JuanMa will move up in weight immediately after the Salido fight.

“If Lopez wins I am not sure that he will fight me. He said that if he wins the belt back that he may go to 130 or maybe even higher.  If it were to happen I think it would be a great fight for the fans with the Puerto Rico versus a Mexican (rivalry) but I am not sure if he wants that fight,” Garcia told The Boxing Lab.

Garcia said that he feels comfortable at featherweight and isn’t planning on moving up in weight anytime soon.  He also revealed that becoming a unified champion is one of his goals before he leaves the division.

“I want to stay here for a while. I haven’t won a title at featherweight yet. I would like to maybe win multiple titles here before I move up. At the moment I want to stay at 126.”