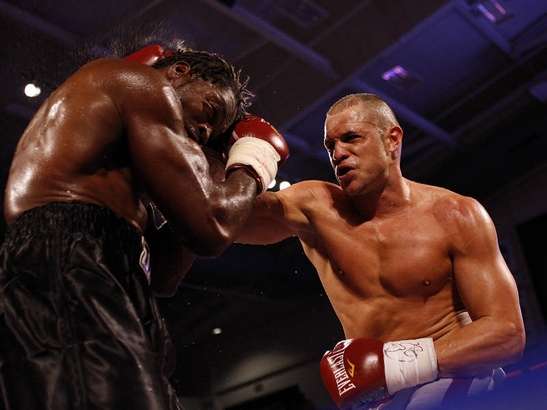 Flores to fight in January at Shrine Mosque In promoting a non-King fight scheduled for Jan. 28 at the Shrine Mosque, Flores revealed Monday that King would rather him face the champions of the World Boxing Organization or World Boxing Council, Germany’s Marco Huck or Poland’s Krzysztof Wlodarczyk.

King has Jones and Flores under contract, making it more possible for Flores to get his title shot.

But Flores’ reasoning for King’s retreat on that matchup was odd Monday.

He cited the success of his Oct. 15 fight, a unanimous decision against 43-year-old Paul Jennette that drew about 3,500 to the O’Reilly Family Event Center. Flores never put Jennette on the canvas in a fight that went the full 10 rounds.

“I don’t think he knew the type of result we’d get for the fight in Springfield,” Flores said at a news conference at the north Doubletree Hotel, and then indicated King sees potential (read: big payday) should he have rights to Flores and Jones if one is a WBA or WBC champ while Jones retains his WBA title.

“He said, ‘You know, you’ve got a great thing in Springfield. I don’t want to knock one of my top guys off (Jones) and have them start back over,'” Flores said.

The public relations manager for Don King Productions, Alan Hopper, on Monday said he did not have time to respond in full.

“I want the title shot,” Flores said. “But if I can fight here again, increase my fan base here again and fight in a place that I love and then have a title shot, I don’t care what champion I fight. I just want a shot for a title.”

Meanwhile, details of Flores’ Jan. 28 fight, and the card itself, are still being finalized, including a start time and ticket prices.

But, in essence, it will be marketed at the same time as a Feb. 11 card featuring Kimbo Slice at the O’Reilly Center.

Flores will be defending his NABA and NABO belts, plus go for a vacant NABF belt. Potential opponents are Carl Davis, 38, Andres Taylor, 32, and Shane Stoneman.

“It’s going to take a little more money to get quality opponents in, and we are prepared to do that,” Flores’ trainer, Jacob Chavez, said.