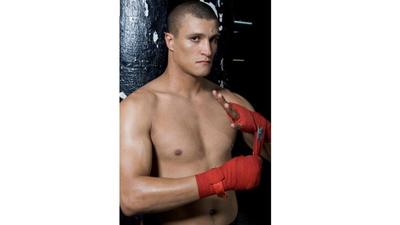 SPRINGFIELD, MO – Willard native and world ranked cruiserweight B.J. Flores will square off with Ahmed “The Egyptian Prince” Samir (12-0) Friday September 14th in a 10 round fight at the Shrine Mosque in Springfield.  The fight is for the NABA and NABO title.

Undefeated 28-year old Ahmed Samir, who trains in Brooklyn, was a member of the 2007 Egyptian National team and he came over to the U.S. in 2007 to represent Egypt in the World Amatuer Championships.  Ahmed never left the country after.  Since  then, he has racked  up an impressive undefeated 12-0 record.  He has lost very few rounds to date in his professional career and has been very dominant in all 12 of his pro fights.

The Flores vs. Samir Fight will headline Youngblood Auto groups “Fight Night at the Shrine”  .  The NABA, NABO and WBC continental Americas titles will be on the line.  The winner will be rated very highly across the boards by all 3 World sanctioning bodies.