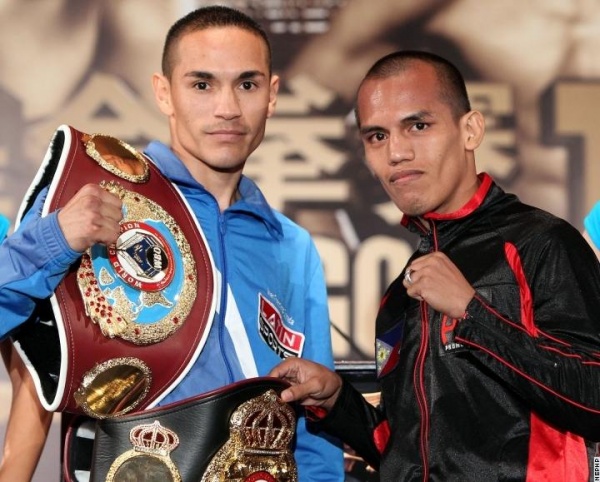 Milan Melindo Ready To Prove Worth on World Title Stage Milan Melindo is as humble as he is talented. The unbeaten Filipino flyweight was in awe during his first trip to Macau, appearing on the undercard of Zou Shiming’s pro debut this past April.

Aside from Shiming’s predicted win, the first ever card at the Venetian Macao was a night of upsets and other unexpected outcomes. Among them was Melindo’s whirlwind performance, a four-round knockout of Tommy Seran to improve his record to 29-0 (12KO).

The 25-year old knew he needed to deliver something spectacular in order to get people talking. That three-knockdown effort has allowed his career to come full circle; he returns to Macau this weekend, where he will face Juan Estrada for a pair of flyweight titles.

The bout airs on ABS-CBN in Melindo’s native Philippines and via same-day tape delay on HBO2 (5:30PM ET) in the United States.

“This fight, I predicted before I left the United States, will be a candidate for Fight of the Year,” promoter Bob Arum believes. “It matches the pride of the Philippines – you saw him on the card in April – Milan Melindo against the champion Juan Francisco Estrada. This is a can’t miss action fight.”

Estrada won the belts on that very same April show, scoring a major upset over Brian Viloria to lay his claim as one of the best flyweights in the world. Melindo paid attention that bout, as well as what the flyweights had to say during the press conference leading up to the fight.

“In my last fight here in Venetian Macao last April, in the same conference, I was standing (in the crowd) watching the people standing (on stage) and speaking,” Melindo recalls of the event. “I stood there thinking, someday I will be here on this stage to stand and speak.

“Now I’m here to let everyone know that I am Milan Melindo.”