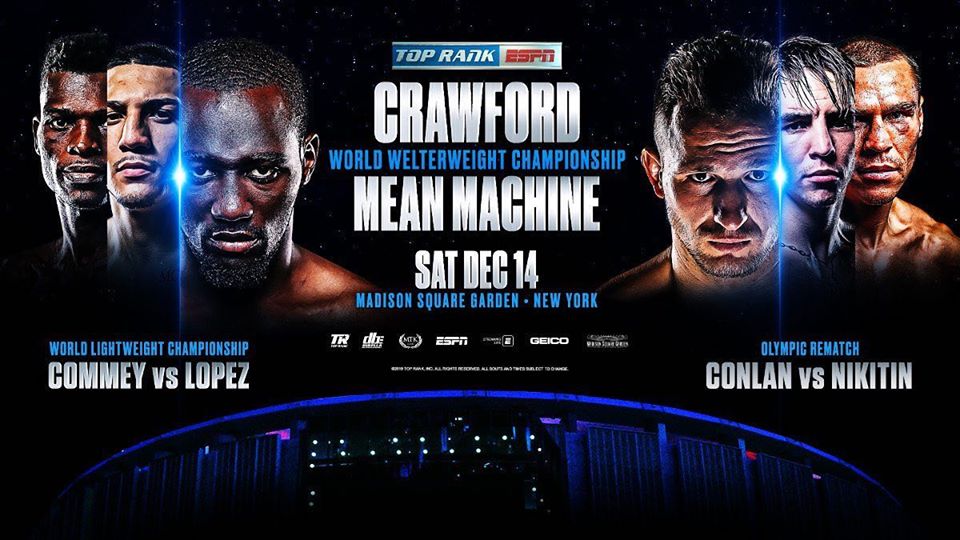 At Tuesday’s media workout, this is what the fighters had to say. On the pressure of being a top pound-for-pound fighter

“It’s a blessing because it motivates me and adds fuel to the fire. I like proving people wrong. That’s more joy for me.”

“{New York} is one of the big stages. Vegas is a big stage. I do my thing in the ring, and every time I fight, I send a message to all the welterweights out there.”

“Everyone poses a threat. {Kavaliauskas} is a good fighter. He is a two-time Olympian for a reason. He’s undefeated, strong and hungry.”

On his popularity in Omaha now

“It’s the same. I’ve been the around the city since my amateur days. Some people want a picture, others shake my hand and say, ‘What’s up?’

On “sides of the street” in boxing “Terence Crawford is a great fighter, which is why I wanted this fight. I am ranked number one for a reason. I am here for a reason, and I can’t wait for Saturday night.”

“The way to win a title is to fight the best, and Terence is the best welterweight in the world. I want that title, and I will be the first Lithuanian-born boxer ever to win a world title.” “It’s nothing personal with Vladimir and I, but I have a job to do on Saturday night, and it’s going to be a demolition job.”

“This fight is a long time coming. We were supposed to fight in August, but Vladimir got injured. I’m excited. We’re ready to rock, and the fans in New York can expect a big performance.”

“Listen, regardless of what I think about the {amateur} judges, I have never officially beaten him. I need to go out there and get my hand raised. I want to right the wrong of what happened in Rio.” On the two amateur fights against Conlan

“We fought twice, and I won both times. I know this is the professional game, and I am happy that I have to chance to prove that I am once again the better fighter.”

“I was upset that I had to cancel the fight, but I am ready now. The best man will win, and I am confident it will be me.”