All of the “STAR POWER: Mayweather vs. Ortiz” fighters will make their only appearance together for the “STAR POWER Star-Studded Photo-Op” at “5 Towers” on Universal Studios CityWalk in Universal City, Calif. The event will kick-off fight week activities for the mega-event which is taking place at MGM Grand in Las Vegas, Nev. and STAPLES Center in Los Angeles and which will be produced and distributed live by HBO Pay-Per-View Sept 12,2011. Photo by Gene Blevins/Hogan Photos 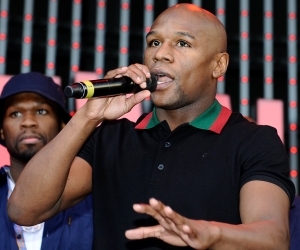