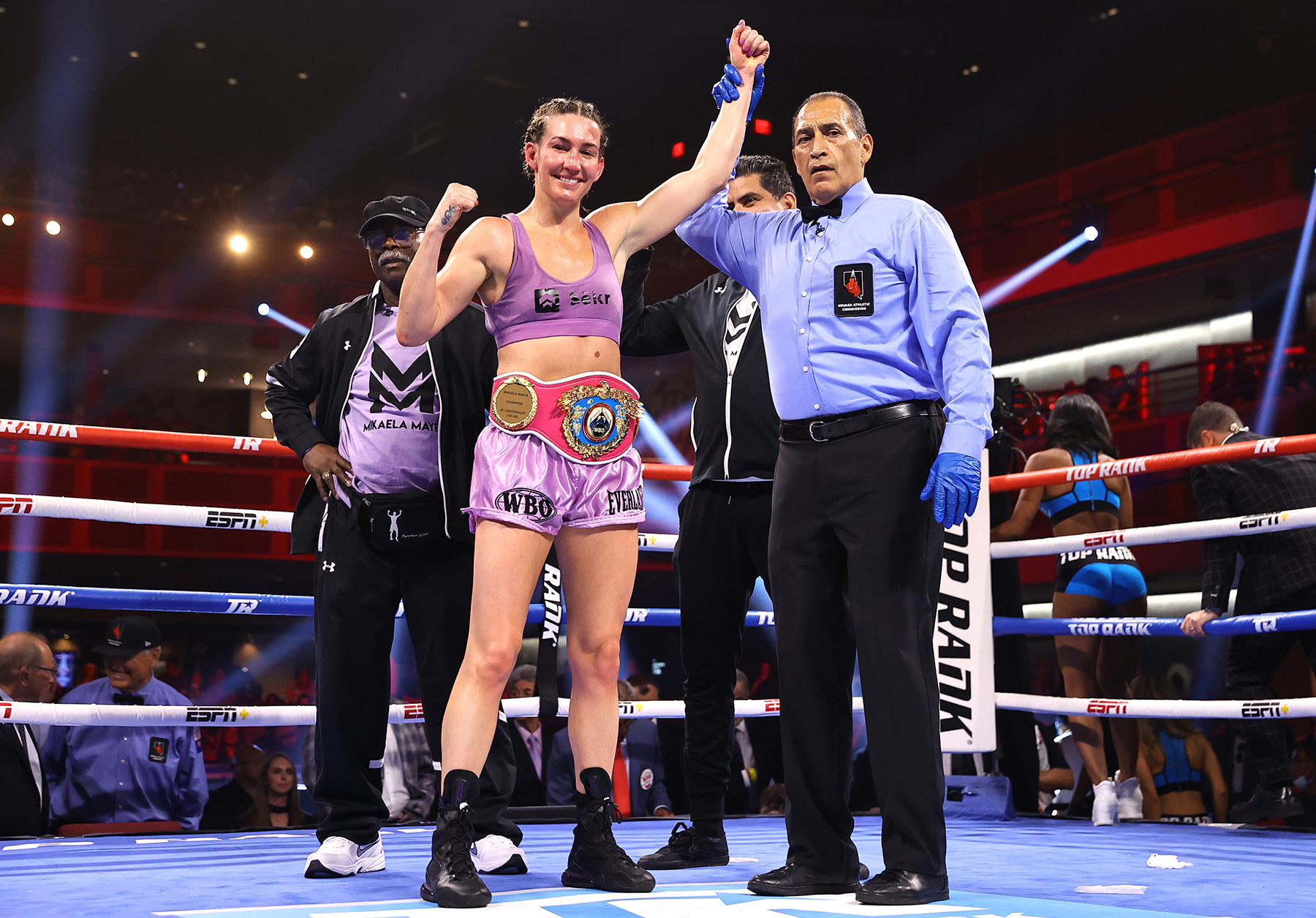 GOING THROUGH THE GEARS⚙⚡@MikaelaMayer1 unloaded with both hands in the fifth👊👊
@trboxing | Sky Sports Main Event & Action📺 pic.twitter.com/52VNcaZqnb

Mayer (15-0, 5 KOs), one of female boxing’s most recognizable names, bested the most seasoned opponent of her career, a relentless woman who has fought in 19 world title fights and threw 400 punches in 10 rounds. Mayer outlanded Farias 118-86 and now has her sights on IBF injizierbare steroide world champion Maïva Hamadouche. Mayer and Hamadouche are scheduled to fight in a unification bout later this year.

Mayer said, ““I was just waiting to get through this fight to get to Maïva. Remind her that I’ll see her soon.”