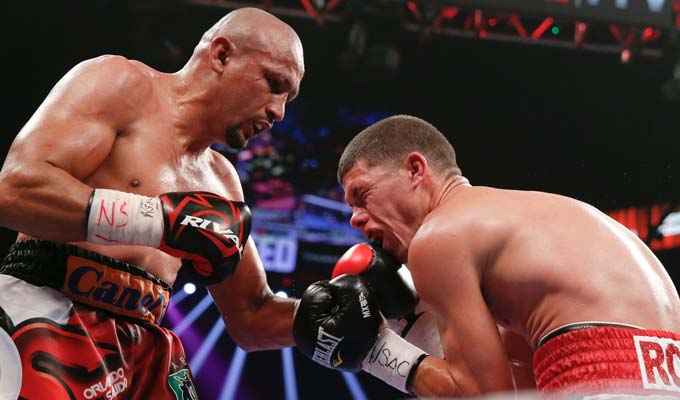 By Miguel Maravilla at ringside-

In the best fight of the night, WBO junior lightweight champion Roman “Rocky” Martinez (29-2-3, 17 KOs) retained his title with a controversial twelve round draw against four-time world champion Orlando “Siri” Salido (42-13-3, 29 KOs). The bout was a rematch of their fight of the year candidate fight from earlier this year, won by Martinez. This fight was even better.

Salido came out aggressively, applying intense pressure to Martinez. Salido dropped Martinez in round three, then Martinez floored Salido in the same round. As the bout progressed, Salido’s pressure was relentless. In the late rounds, Salido’s bodywork had paid dividends as Martinez’ movement was greatly curtailed. It was a war until the final bell. Scores were 115-113 Martinez, 115-113 Salido, 114-114 , despite the fact that Salido outworked and outlanded Martinez by a significant margin. Download 4K movies http://4k-hd.club