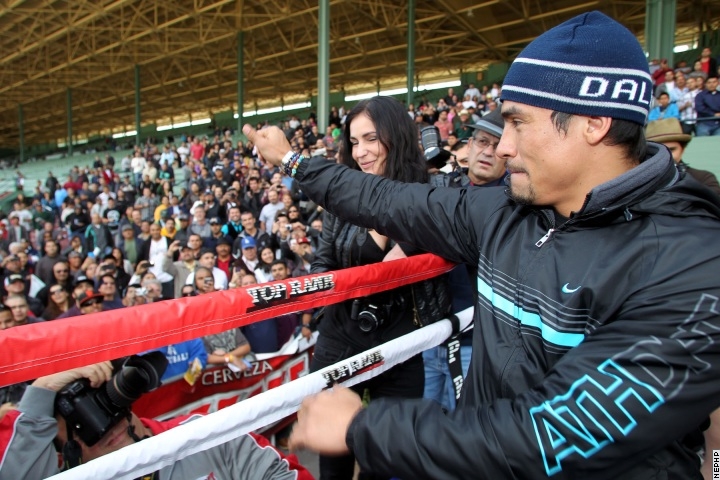 Marquez: If No Pacquiao, I’ll Gladly Fight in Mexico City WBO/WBA lightweight champion Juan Manuel Marquez (53-6-1, 39KOs) will gladly fight in Mexico City – if Manny Pacquiao turns him down for a fourth fight. Promoter Fernando Beltran of Zanfer Promotions is looking to stage a big show at a new venue in Mexico City on the tentative date of March 17th, with Marquez as the headline attraction.

Marquez is waiting for a final confirmation that he won’t be the selected opponent for Pacquiao in early June. Marquez, along with Miguel Cotto, Lamont Peterson and Timothy Bradley, are the four opponents in the running to face Pacquiao. The Filipino star has reportedly made his selection, but he won’t reveal his pick until the end of next week.

“I would gladly fight in the arena in Mexico City, which is what they are offering me, but I want to be guaranteed a fourth fight with Pacquiao,” Marquez said. “My promoter is waiting to get the last word on Pacquiao. I already submitted my terms.”

If Marquez fights in Mexico in March, David Diaz and Lamont Peterson are two of names being mentioned by Fernando Beltran as  possible opponents.