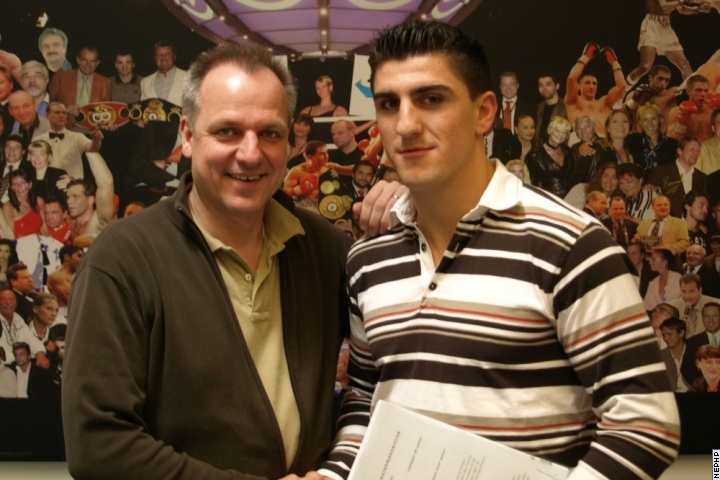 WBO cruiserweight champion Marco Huck renewed his promotional contract with Sauerland Event for two more years. “I am very happy with the way we have been working together over the years and I am looking forward to keeping up the great work”, says Huck. “There is no reason for me to change anything at the moment. I am still young, and I want to win more world titles. I am sure that my team at Sauerland will help me to achieve my goals.”

The 27 year old powerhouse is tied to Sauerland since starting his pro career in November 2004. Huck won 34 of his 35 pro fights including 25 KO-victories. His only loss came in December 2007 when he challenged Steve “USS” Cunningham for the IBF world championship. In September 2008 Huck won the European cruiserweight champion and finally claimed the WBO world title in August 2009 by outworking Victor Emilio Ramirez. „Captain“ Huck has successfully defended his title eight times, most recently with a stunning KO over Argentina’s Rogelio Rossi. Huck will return to action early in 2012.