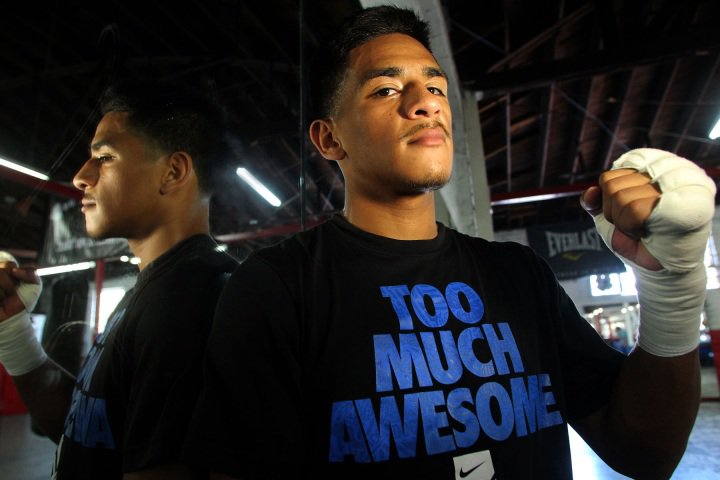 After a brief stint at featherweight, Donaire dropped back to 122-pounds and captured the vacant WBO title last December in Puerto Rico with a very hard-fought decision win over Cesar Juarez.

He returned to the ring on April 23rd and made his first defense with a third round stoppage of Zsolt Bedak.

Magdaleno picked up three wins in 2015 and fought back in February, when he stopped Rey Perez in seven rounds.

Magdaleno has a tentative return date of July 16th and hopes to face Donaire in the fall. Both Magdaleno and Donaire are promoted by Top Rank.

While Magdaleno is ranked at number one under the WBO, four of his last five fights have taken place above the super bantamweight limit. Magdaleno has not weighed at 122 since January of last year. He fought at featherweight for his last two contests.

There have been concerns about Magdaleno’s ability to make the super bantamweight limit.

The fighter’s manager, Frank Espinoza, is confident his boxer’s issues with weight are a thing of the past.

“He’s working really hard right now. He’s very motivated. There were some issues outside of the ring, but all of that has been resolved. He’s very hungry, he looks great and he wants that shot at Donaire. Weight is not an issue. If the fight gets made, he’s making 122 no problem,” Espinoza told BoxingScene.com.

“Jessie will fight in the summer, but then he wants that Donaire fight in the fall. He’s ready to make a statement. Both guys are with Top Rank and there shouldn’t be any issues with making this fight happen. I heard Bob Arum wants to make another ‘No-Trump’ pay-per-view in the fall, with the pay-per-view fights involving Mexicans and world titles. A Magdaleno vs. Donaire fight would be perfect for that show. Jessie is ready to fight him anywhere…in Las Vegas, in California, at a senate rally for Manny Pacquiao in the Philippines. Wherever Top Rank wants it to happen, Jessie is ready to fight him and beat him.”