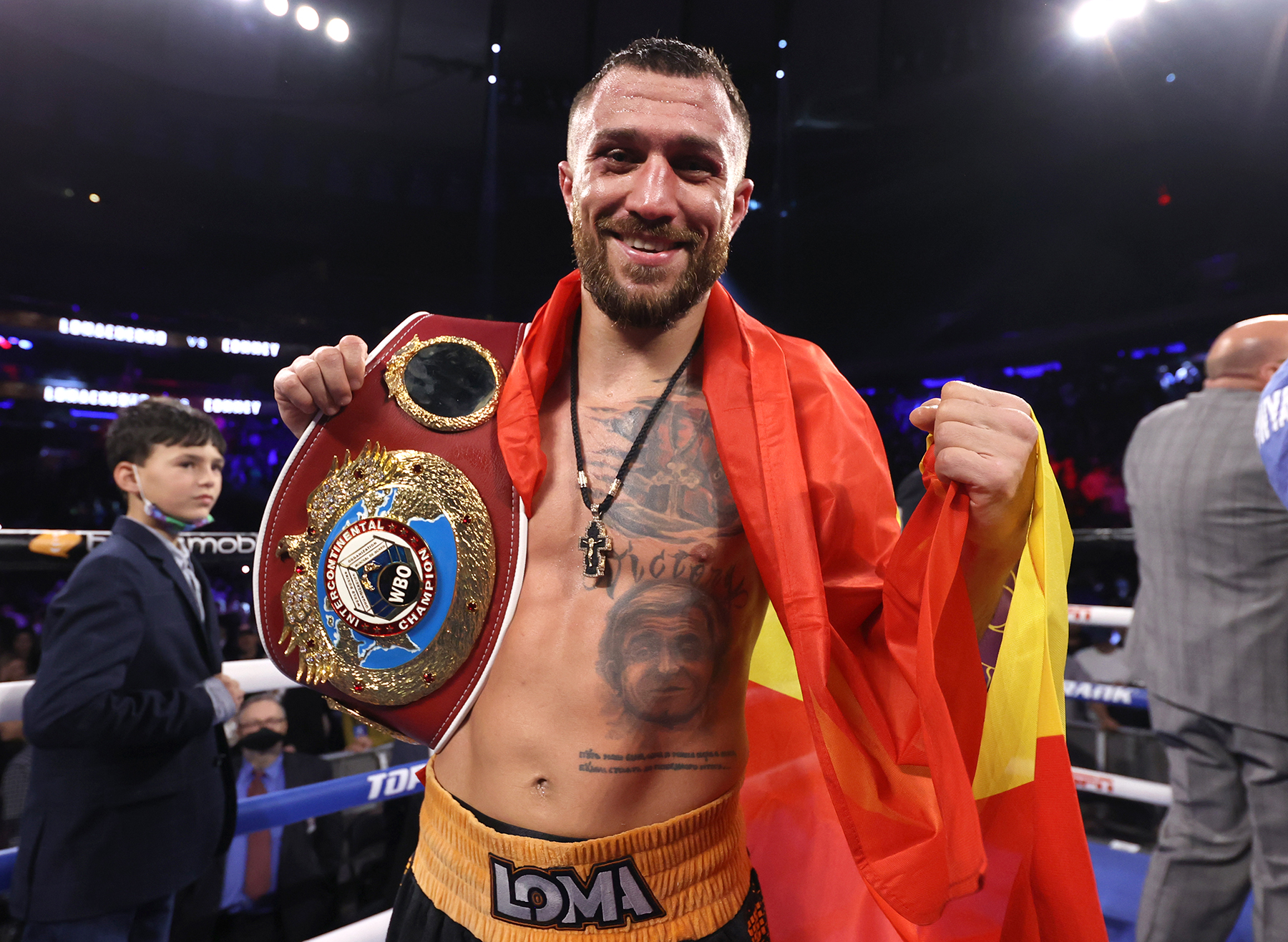 Vasiliy Lomachenko doesn’t have his lightweight titles anymore, but he just may be the division’s most dangerous man. Lomachenko, the former three-weight world champion, brutalized former lightweight champion Richard “RC” Commey, winning a wide unanimous decision over the Ghanaian in front of 8,555 fans Saturday night at Madison Square Garden.

Lomachenko knocked Commey down with a left hand coming off a clinch in the seventh round. Lomachenko then waved on Commey’s corner to stop the fight, but they did not oblige. Commey somehow survived as Lomachenko landed serious leather to the head and body.

“I saw his situation. It was very hard for him,” Lomachenko said. “That’s why I said, ‘Hey, stop the fight.’ He is a true warrior. He has a big heart and we continue and we show {the} people 12 great rounds.”

Commey said, “I took my eye off him for a second and them boom! I just took my eyes off him and then that’s it. It is what it is. He’s a great fighter. I did what I had to do. I’m good. I’m not hurt. Nothing happened to me.”