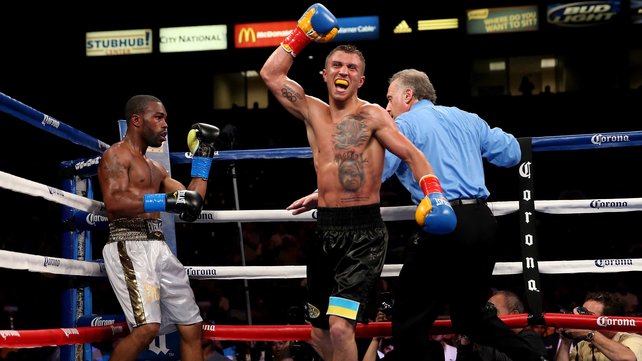 The Ukrainian dropped a split decision to Orlando Salido in March but, after the Mexican fighter was stripped of his belt for failing to make the weight, Lomachenko was handed a second chance against Washington DC’s Russell.

While the American did manage to hit his opponent with quick combos in the early rounds on Saturday night, Lomachenko grew into the bout and scored a left uppercut to the chin before stunning Russell right at the final bell.

The judges’ scorecards read 14-114, 116-112 and 116-112, with double Olympic and triple world amateur champion Lomachenko telling ESPN: “I’m very happy and excited to be a world champion.

“I just worked by the plan built by our team. I was just working hard.”

Russell added: “It’s definitely a little disappointing. But it’s all good – we are gladiators, we are warriors.

“We need to go back to the drawing board. He had good movement and I take my hat off to him.”