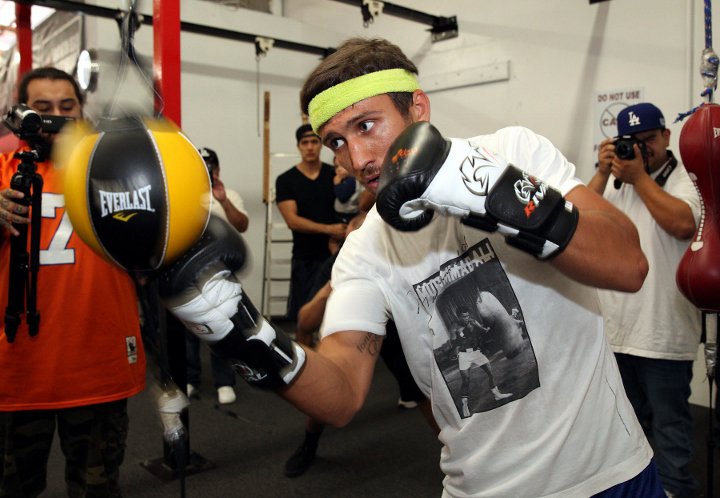 With Nicholas Walters continuing to waffle on a June 11th showdown against Vasyl Lomachenko (5-1, 3KOs), a new name has emerged to face the left-handed stylist from the Ukraine on this date.

A source has informed BoxingScene.com that current WBO 130-pound titlist  Roman ‘Rocky’ Martinez is now in the mix to face Lomachenko, who is interested in moving up in weight and fighting for a major world title.

Martinez does make sense that not only does he hold a major belt but he’s also Puerto Rican and this fight would take place at the Madison Square Garden in New York City – the day before the Puerto Rican Day Parade.

Martinez, a rugged brawler, is coming off a pair of hellacious bouts against Orlando Salido in 2015.

He was initially scheduled to face Miguel Berchelt earlier this month in Mexico, but withdrew with a hand injury. Berchelt went forward, capturing a vacant WBO interim-title with a knockout of George Jupp of the UK.

According to Puerto Rico Best Boxing, who promote Martinez (29-3-2, 17 KO’s), the champion needed to take a break from training for at least four weeks – which gives him more than enough time to be healthy and fully prepared by the June date.

Lomachenko was last seen in November, when he knocked out Romulo Koasicha in the tenth round on the Tim Bradley-Brandon Rios undercard from the Thomas & Mack Center in Las Vegas.