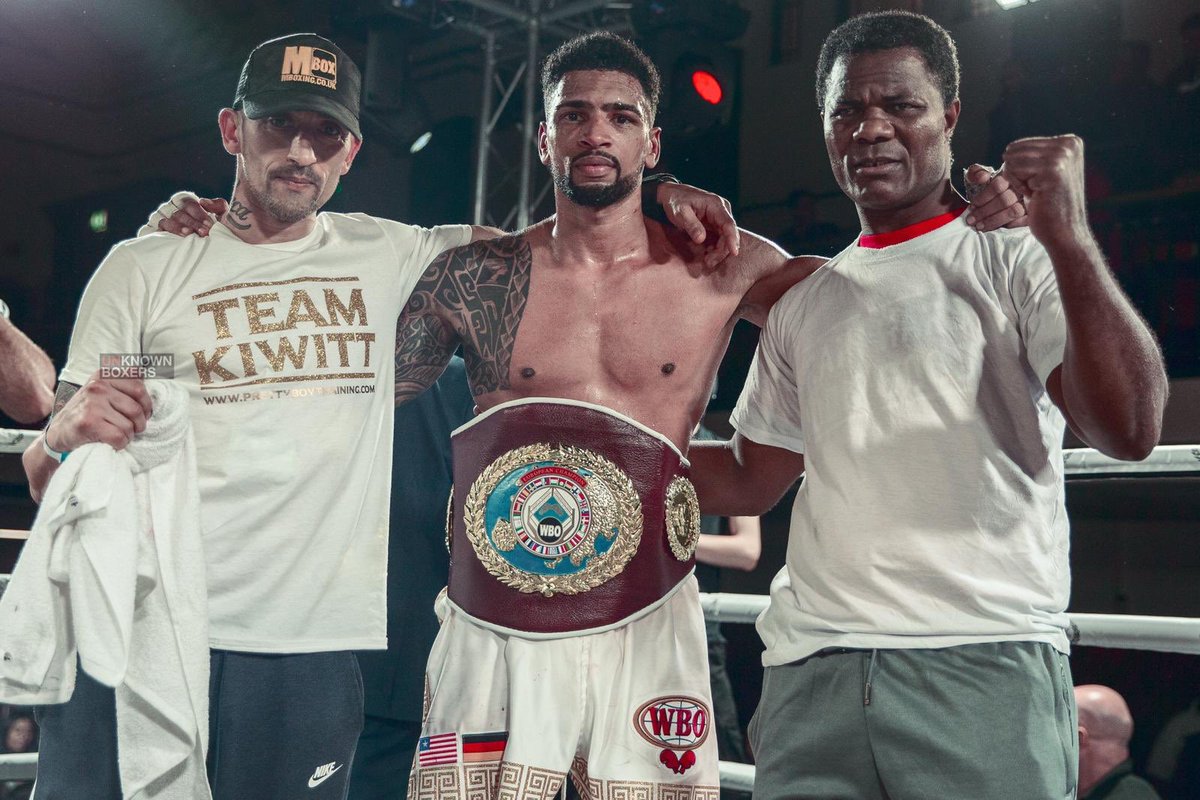 The African warrior and German native floored Patrick Gallagher a native of Belfast, Northern Ireland in United Kingdom two twice in both round 5 and 8 respectively en-rout to his majority decision victory.

Pat-Man’ (15-5,9KOs), was completely shocked with the outcome of the bout as Freddy improves his records to (15-2,8KOs) for a shot at the world title now that he has won the WBO European title.

“Yes my training camp went very well. I’m fully prepared. Mentally and physically. I have no doubts I’ll be the winner on Friday.” Freddy Kiwitt said.

Before the fight his former protégé, the experienced Lawrence Carl Lokko was optimistic of Freddy’s chances when boxingGhana interviewed him.

“Freddy is a very good boxer, this is his time and he is going to win.” He expressed.

From George Weah’s Liberia to boxing-nation Ghana and indeed the whole of Africa, introduces to you the new World Boxing Organisation European Welterweight Champion
Frederick Gloyluo Kiwitt the “Pretty Boy”