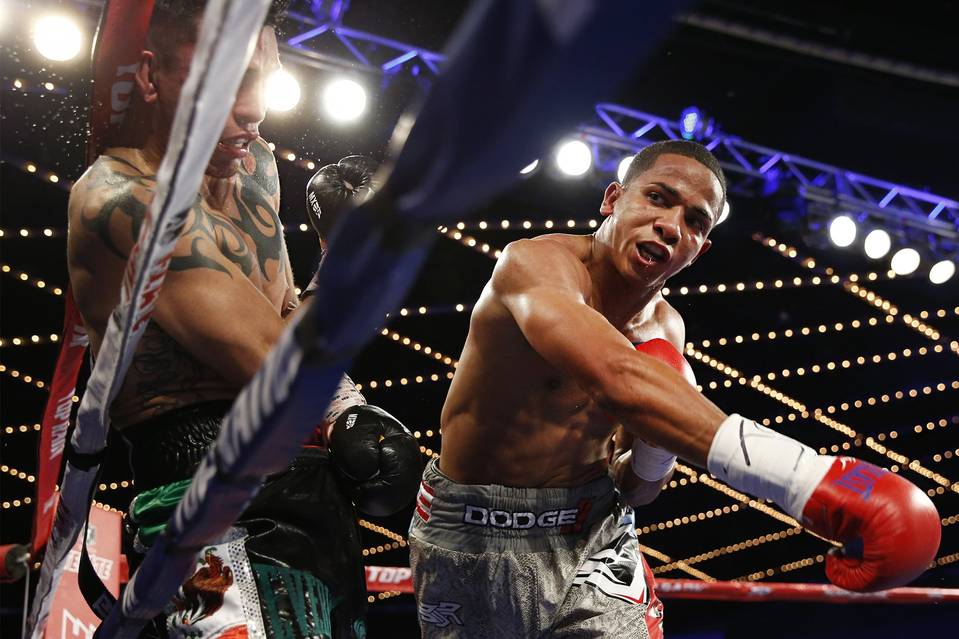 Puerto Rico Has a New Shining Star in Felix Verdejo Miguel Cotto has been entrenched as the most popular Puerto Rican boxer for the past decade. But he might have some competition for that title. Felix Verdejo is quickly emerging as the sport’s next big star.

At the Theater at Madison Square Garden on Saturday night, Verdejo (18-0, 13 knockouts) outslugged Ivan Najera (16-1, 8 knockouts) to earn a 10-round unanimous decision. The 22-year-old from San Juan dominated the bout, knocking down the previously undefeated Najera in the fifth and seventh round.

“With right hands to the head, left hooks right down the middle, right uppercuts, overhand rights on the chin, left uppercuts up the middle, the kid showed a powerful arsenal,” HBO analyst Roy Jones Jr. said on the television broadcast of the bout. “He showed every kind of punch you could think of.”

About an hour after the bout, Verdejo answered questions from reporters in Spanish, with an English translator at his side. He expressed satisfaction “with the work we did.”

Over the past decade, Cotto had been a headliner for a Top Rank boxing card at the Garden on the eve of the Puerto Rican Day parade, including championship bouts in New York against Paulie Malignaggi, Zab Judah and Joshua Clottey. But with Cotto now signed with Roc Nation Sports, Top Rank is hopeful that Verdejo can fill the void.

“Verdejo’s charisma is outstanding and his ability in the ring is outstanding,” said Top Rank president Todd DuBoef. “You’re probably going to see in the next 12 months that he’ll make a run for the title.”

Verdejo has also drawn comparisons to another legendary fighter from Puerto Rico: Felix “Tito” Trinidad. “Verdejo is very reminiscent of Trinidad,” DuBoef said. “You don’t yet know on the power, but Verdejo has some incredible assets. You want to see him take each step and make sure he is developed correctly.”

Besides sharing the same first name, Verdejo is flattered by the comparison to Trinidad, who was inducted into the International Boxing Hall of Fame in 2014. “It’s an honor to be compared with a star like Tito, someone who gave so much happiness to my country,” he said.

The only thing that didn’t go Verdejo’s way this weekend: he aggravated a left-hand injury that he had initially suffered in December. Verdejo said his hand “was not 100 %” against Najera and that he would see a hand specialist in the coming days.

But before that, Verdejo brighten when he was asked after Saturday’s bout about being featured on a float in Sunday’s parade. “He understood that question,” his English translator said with a laugh as Verdejo nodded and flashed a smile.