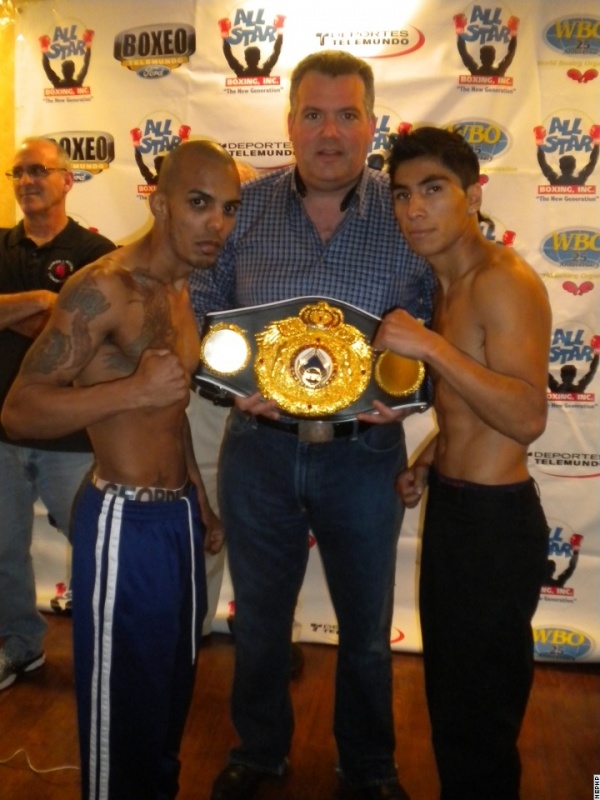 The 2013 season debut of Boxeo Telemundo is all set for Friday evening at the Palm Bay Community Center in Palm Bay, Florida.

Headlining the first episode of the revamped series will be Jose Nieves (21-2-3, 10KO) and Danny Flores (14-2, 8KO) in a scheduled 12-round regional bantamweight title fight. Both fighters made weight on the first try – Nieves came in at the divisional limit of 118 lb, while Flores was one pound lighter at 117 lb.

Nieves has become a series fixture, with Friday marking his fifth consecutive Telemundo-televised bout. His last appearance was a 3rd round knockout of Glenn Porras last December in the 2012 season finale. The southpaw has become a local favorite, with Central Florida serving as his home away from his actual home in Puerto Rico.

Flores suffered a 6th round knockout loss to unbeaten Jonathan Gonzalez in his own Telemundo-televised bout last October. He has since won a four-round decision in a tune-up fight in his native Mexico.

Friday’s season debut will mark the first of four consecutive weekends in which Telemundo will air live boxing coverage. The new format will also include enhanced graphics featured throughout the telecast.