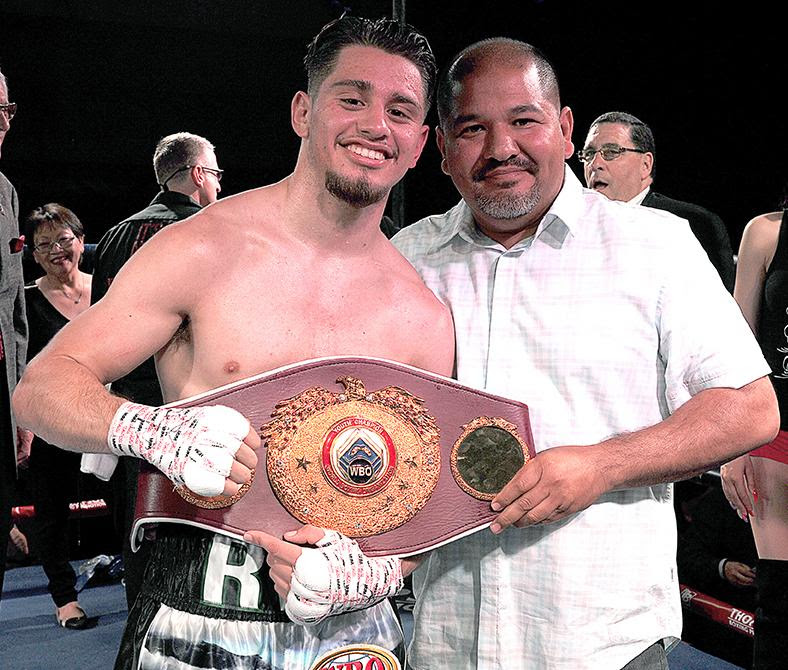 Everett Alvarez alum Ruben Villa IV has many titles to his name.

Now he has one more accolade: a day in his honor in his home county.

“You’re a champion from Salinas,” Supervisor Simon Salinas said. “That’s something for all of us to be very proud of.”

“When you’re training and you’re focused, it’s nice to know your community and your family is behind you,” Supervisor Luis Alejo said.

It was a dream come true for the young world champion.

“Me, my team and my family were very excited, very blessed and happy to have today,” Villa said. “I know I saw a couple of (family members) cry.”

Villa first started boxing as a 5-year-old at Breadbox Recreation Center near Sanborn Park. It took three years for the future champion to start competing as an amateur but he held his own as at eight years old. By 13, he’d won three national boxing titles in winning the Desert Showdown, National PAL, and Silver Gloves tournaments.

Villa had a potential run to the 2016 Olympics but was named as an alternate. He soon after turned professional and signed with Thompson Boxing Promotions and Banner Promotions in July 2016.

He burst on to the scene quickly in winning four of his first six fights by knockout. He’s yet to lose in the two years he’s been a professional. His most recent fight, June 30 against Ricardo Lopez, was a knockout win in his first defense of the WBO Youth Featherweight Title he won April 14 in Salinas.

“I was proud to be just a few seats away to watch it live,” Alejo said.

No matter where he goes, Salinas goes with him; the seal of the city is on his shorts when he fights.

And now he has a day in his honor.

Villa will train in Salinas for his next fight on Aug. 25 when he looks to continue his title defense and remain undefeated.