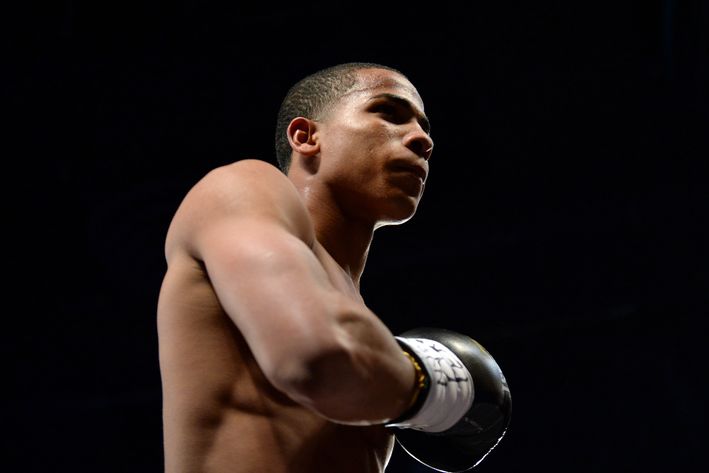 Felix Verdejo (18-0, 13 KOs), 22, is highly anticipating his ring return this Friday night where he headlines a truTV card in a 10-round fight against Brazil’s Josenilson Dos Santos (27-3, 17 KOs). Verdejo was coming off of hand surgery over the summer (to remove bones spurs in his left hand) and was scheduled to take on Dos Santos in October — but he experienced a setback when he starting having pain in his left hand again during training – which ultimately postponed the fight.

With Verdejo being seen as the next Puerto Rican star to take over for Miguel Cotto, it should only be expected that he’s eager to get back under the bright lights.

“Everything is fine with my hand,” Verdejo said through a translator on Monday. “There’s no pain whatsoever. I’m ready to use it on (Friday).”

The one key caveat to Friday’s fight is that Verdejo’s team is really hoping this issue with his left hand won’t be a recurring problem, but that remains to be seen at this point. He previously said his hand felt fine as he began training for the October date, but started experiencing problems with it shortly before the fight.

Assuming he gets past this fight with no problems, Verdejo is looking to have a busy 2016, where he hopes he’ll be able to get five fights in. Top Rank’s Carl Moretti says the promotional company will not rush Verdejo into a big fight right away, instead allowing the young fighter time to develop.