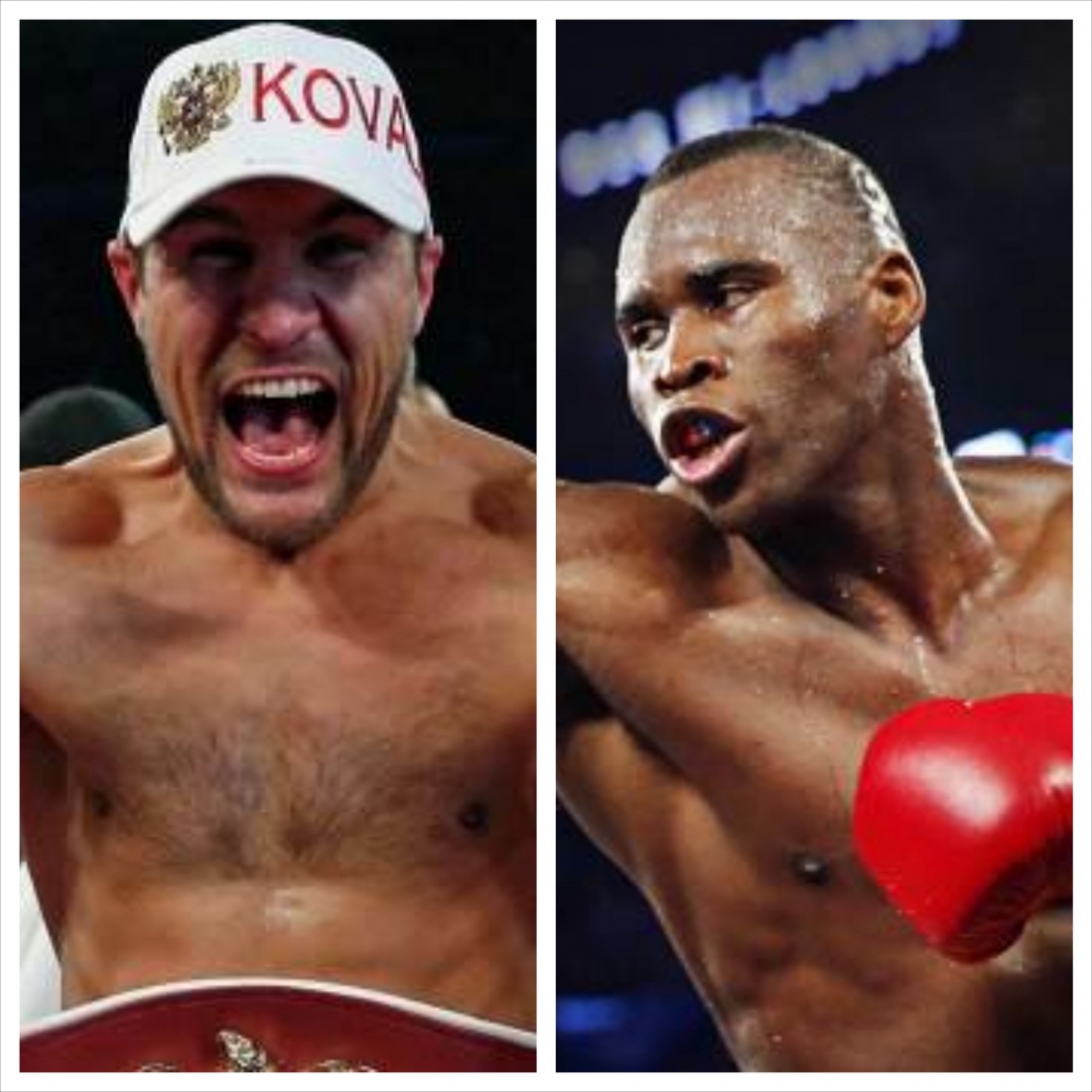 Kovalev: If Stevenson’s A Real Fighter, He’ll Fight Me Sergey Kovalev wants to fight Adonis Stevenson next, but the unbeaten Russian realizes Stevenson doesn’t share his desire to make a unification fight between the hard-hitting light heavyweight champions.

“We can fight, but it’s up to him,” Kovalev told BoxingScene.com. “That question has to be posed to Stevenson, not to me. He probably doesn’t want to fight me, but if we fought it would be a great fight.”

HBO Sports executives showcased Kovalev (23-0-1, 21 KOs) and Stevenson (23-1, 20 KOs) in separate bouts Nov. 30 in Quebec City to build momentum toward an eventual Kovalev-Stevenson showdown. Both boxers scored impressive knockouts that night, but Stevenson scoffed at the suggestion of a looming Kovalev clash.

Before the powerful southpaw stopped England’s Tony Bellew (20-2-1, 12 KOs) in the sixth round and Kovalev knocked out Ukraine’s Ismayll Sillakh (21-2, 17 KOs) in the second round last month, Stevenson told BoxingScene.com that Kovalev needs to beat better boxers before he’d consider Kovalev a worthy adversary. The Haitian-born Stevenson noted that he is a much bigger draw than Kovalev as well.

Kovalev, who dismissed Stevenson’s criticism of his resume, considers Stevenson’s supposed disinterest as a negotiating ploy.

Even if Stevenson’s interest intensifies, the 30-year-old Kovalev won’t wait around for the WBC light heavyweight champion. His handlers plan to schedule at least four fights for Kovalev in 2014 and want the WBO 175-pound champion’s first fight of the year to take place as soon as possible.

“We’re not going to chase Stevenson,” said Egis Klimas, Kovalev’s manager. “Other opportunities are going to come up for us to fight other guys, just like what happened with Bernard Hopkins and [Nathan] Cleverly. We had a mandatory [against Hopkins], but Hopkins was going back and forth, trying to put unification fights together, and he never answered us.