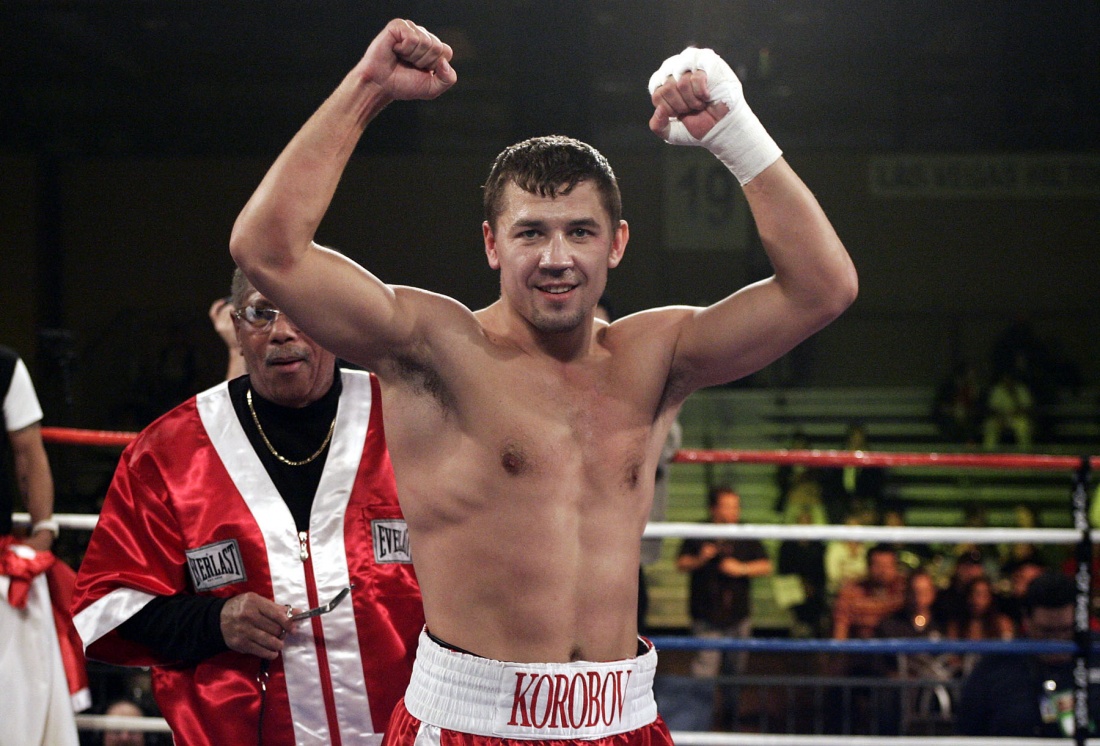 When Peter Quillin gave up his middleweight world title in early September at the behest of manager Al Haymon rather than face Matt Korobov for a career-high payday (by far) of $1,428,630 — because Jay Z’s Roc Nation Sports swooped in and won a purse bid to grab control of the fight from Haymon — it set things in motion for how the vacancy would be filled.

And what a roller coaster that has been.

Originally, the vacancy was to be filled by Korobov taking on Billy Joe Saunders. Korobov promoter Bob Arum of Top Rank and Saunders promoter Frank Warren quickly made a deal for Korobov to travel to England for the fight, which was ticketed for the Tyson Fury-Dereck Chisora undercard on Nov. 29 in London.

But then Banner Promotions’ Artie Pelullo, the co-promoter of junior middleweight titlist Demetrius Andrade, petitioned the WBO to give Andrade the shot at Korobov for the vacant title. It is commonplace for the WBO to allow a titleholder from one division to get an immediate shot at the title in the weight class above where they hold the title.

So it came as no surprise when the WBO ruled in Pelullo’s favor, causing Arum to rip Pelullo because Arum claimed they had worked out a deal for Andrade to step aside.

But a funny thing happened on the way to Korobov-Andrade: Andrade’s camp rejected the fight this week, instead electing to remain at junior middleweight to defend his title, even though he has no specific date or opponent lined up just yet while Pelullo battles it out with HBO over his next bout.

So that set things back in motion for a possible Korobov-Saunders fight right? Sort of. Saunders is supposed to meet Chris Eubank Jr. on Dec. 13 in a fight that was agreed to when it looked like Saunders wouldn’t get the world title shot.

Arum said he got a call this week from Warren saying that it looked as though Saunders-Eubank — which has had trouble of its own getting finalized — would indeed take place. If that actually happens, it means that Korobov could instead face perennial contender Andy Lee for the vacant belt on Dec. 13 on the HBO undercard of Timothy Bradley Jr.’s next fight or in the United Kingdom.

“The deal would be the winner of Korobov-Andy Lee could fight Saunders if he beats Eubank,” Arum said.

Arum was still steamed that Pelullo went to so much trouble to get Andrade the shot at the vacant belt only to back out of the position and mess up the plans for Korobov-Saunders.

“I’m pissed off,” Arum said. “I’m not against a promoter doing the best he can for his fighter but to go off on a tangent and disturb everything that was planned and not even have the fighter on board is amateur night. You get your ducks in order before you make that move [with the WBO]. If Andrade really wanted to fight for the middleweight title then I would have understood it. I wouldn’t have liked it but I would have understood it. This I don’t understand. Why make such a production out of getting the kid the fight for the vacant title and then you don’t take the fight?”

Korobov is going to fight for the vacant belt against whomever the WBO approves for the fight. As for Lee, promoter Lou DiBella said, “It’s a possibility. Andy would definitely be interested in fighting Korobov for the title.”

The WBO is considering a request to approve Korobov-Lee for the belt.