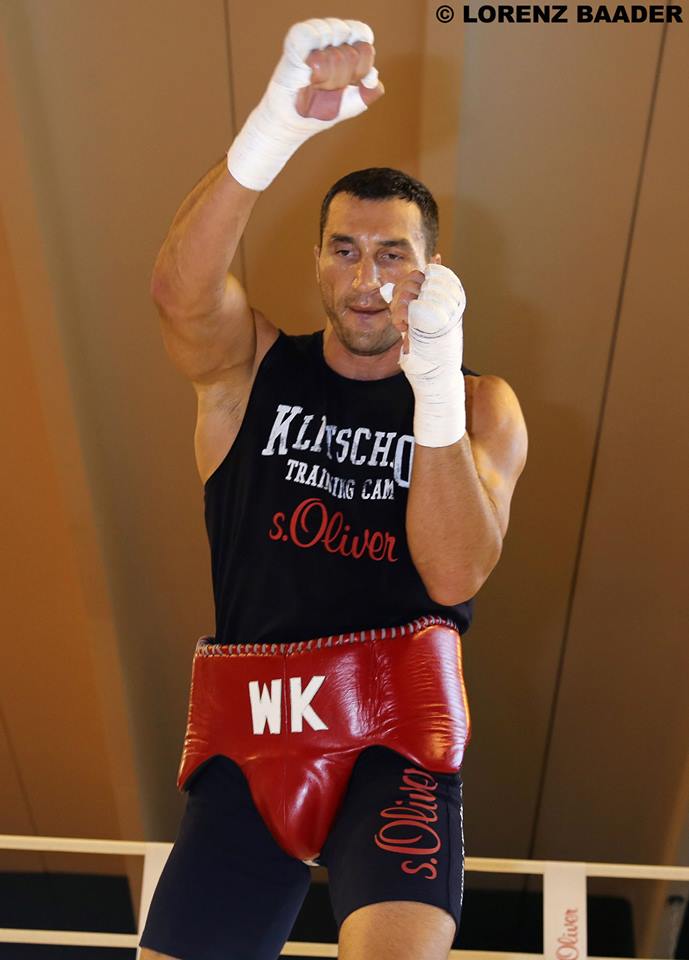 Klitschko-Pulev Rescheduled For 11/15 In Hamburg Wladimir Klitschko and Kubrat Pulev have a new date for their heavyweight title clash. The top two heavyweights in the world will now collide on November 15 in Hamburg, Germany.

“I’m glad to announce November 15th for the new date of my fight against Kubrat Pulev in Hamburg,” Klitschko confirmed through his social media account Wednesday morning. “I hope to recover from my injury quickly to get back into training in a couple of weeks.”

The bout was rescheduled from its original September 6 date when Klitschko was forced to withdraw due to torn biceps suffered during training camp. More ambitious plans called for the bout to take place in late October, but the November 15 date meant the fight could remain in Hamburg.

Klitschko (62-3, 52KOs) makes the 10th defense of the World lineal heavyweight championship, gaining recognition with his June ’09 stoppage win over then-unbeaten Ruslan Chagaev. The lineal championship reign is part of an eight-plus year run where Klitschko has held at least one alphabet title, beginning with a repeat win over Chris Byrd in April ’06.

Overall, Klitschko has racked up 22 successful defenses of an alphabet belt bridging two title reigns. The feat is second in history only to Joe Louis, whose record of 25 title defenses has stood the test of time, and also an uninterrupted reign that figures to survive Klitschko’s current reign. The reigning heavyweight king and his celerbrity fiancé Hayden Panitierre are expecting their first child–a girl–later this year; Klitschko, 38, suggested he didn’t want to continue long enough to where his daughter will ever see him box.

Pulev (20-0, 11KOs) enters his first title fight. The unbeaten Bulgarian has quickly become the most avoided fighter in the heavyweight division, watching at least two title eliminators fall by the wayside before eventually being named mandatory challenger following a 12-round points win last summer over Tony Thompson, who has twice fallen short in failed title bids versus Klitschko.

In efforts to stay busy, Pulev scored a pair of knockout wins over club-level opposition, having last seen ring action in early April.