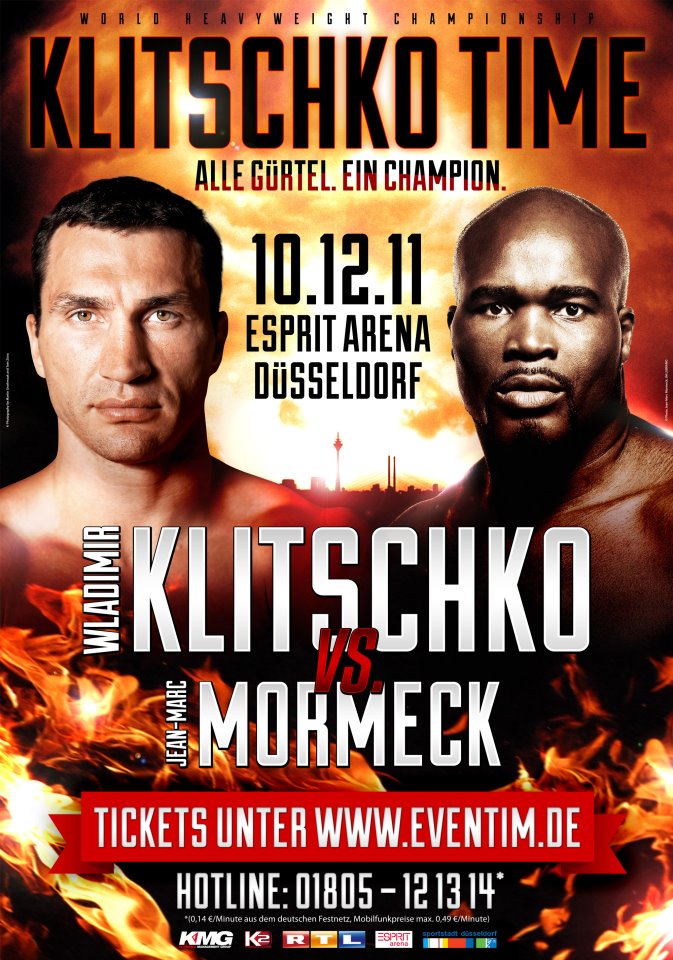 According to sources close to the situation, next week’s heavyweight championship fight between WBO/IBF/WBA-kingpin Wladimir Klitschko and former cruiserweight champ Jean-Marc Mormeck has been called off after Klitschko suffered from nephroliths, kidney stones. The champion was admitted twice to the hospital over the weekend. Klitschko had the kidney stones removed but suffered from complications, making his title defense impossible.

Klitschko manager Bernd Bönte confirmed the cancelation, stating: “It is true, the fight is canceled. Wladimir is really sad and devastated, but he suffered from extreme pain.” The heavyweight champion had kidney stones removed in surgery on Saturday but suffered an inflammation. He went back to the hospital yesterday, canceling an appearance alongside his brother Vitali in a German TV show. The elder Klitschko said: “He felt nauseous and went to the clinic. He isn’t feeling so well.” A press conference with further updates is scheduled for later today in Dusseldorf, Germany