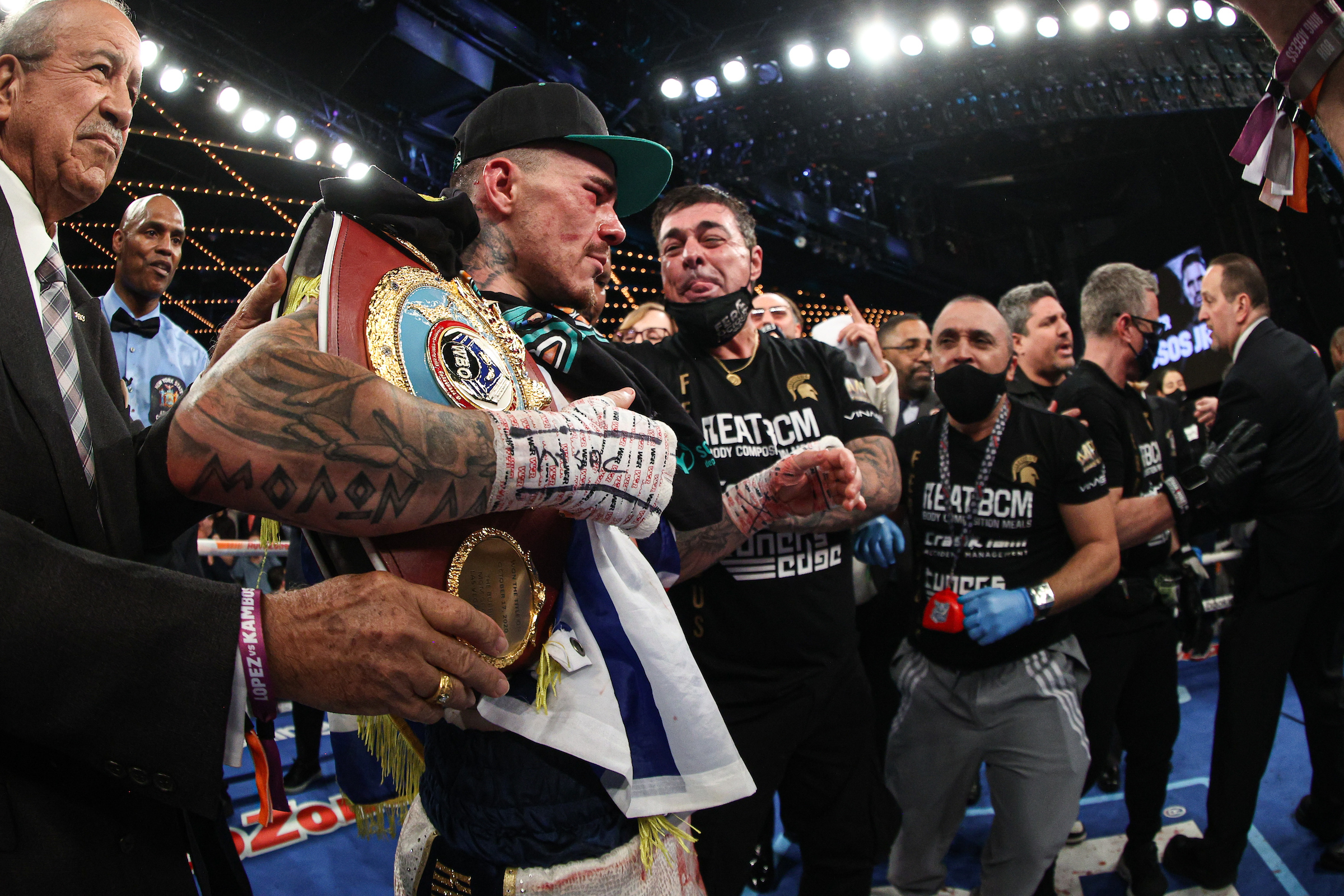 George Kambosos Jr. heard Teofimo Lopez predict a first-round knockout and turned the table to almost score one of his own.

Although Kambosos didn’t get that first-round KO, he did use a vicious overhand right to score a knockdown in the opening frame and rode it toward a rousing split-decision victory Saturday night to become the new unified world lightweight champion inside the Hulu Theater at Madison Square Garden. Although Lopez dropped Kambosos with a right hand of his own in the 10th round, it wasn’t enough as judges scored it 115-111 for Kambosos, 114-113 for Lopez and 115-112 for the Australian, who shocked the undefeated champion with the thrilling upset at the end of a war.

“I believed in myself,” Kambosos declared to DAZN’s Chris Mannix. “I’ve got all the jewels.”

“I’m the better fighter,” he added, further stating that his win was the biggest victory in Australian boxing history.

A night to remember. What a fight #LópezKambososJr 💥