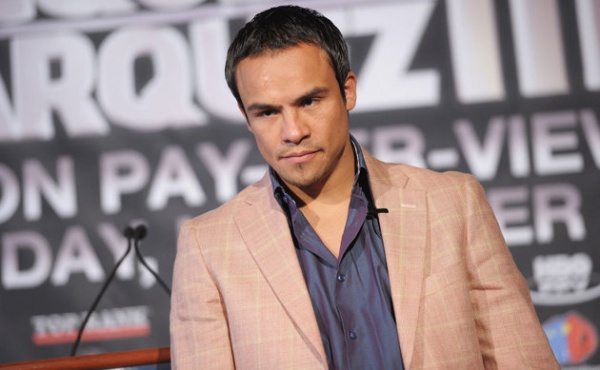 A source has informed Fightnews.com that the World Boxing Organization (WBO) has asked Mexican four-division world champion and current WBO jr welterweight champion Juan Manuel Marquez to voluntarily move to the welterweight division where he would be rated #1 when he faces WBO welterweight world champion Timothy Bradley on October 12. According to the source, the WBO doesn’t consider that it is stripping Marquez’ world title but wants to reclassify him as a welterweight since hasn’t defended his 140lb crown since April 14, 2012.

However Marquez wants to keep his world champion status and has asked the WBO to wait until after the the October 12 fight before he makes a decision.