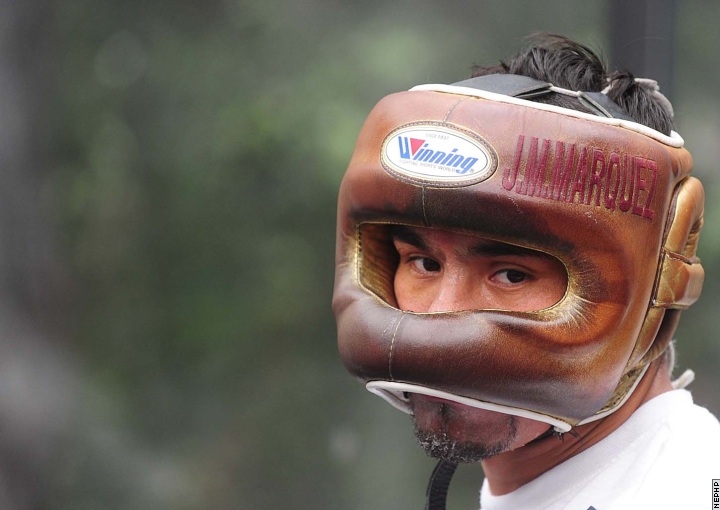 Juan Manuel Marquez, the world lightweight champion of the World Boxing Association and World Boxing Organization is gearing up to return to the Romanza Gym in Mexico. He plans to return on April 21 in Mexico City, possibly against former champion David Diaz – but makes it clear that his April fight with Diaz is far from done. He wants to secure a fourth fight with Manny Pacquiao in the fall and says “I will not wait forever.”

If Pacquiao does not give him a fight in the fall, Marquez plans to close out his career in 2012.

“My plans are already set. This is my last year in boxing, and if the fight with Pacquiao gets done, the that’s great, but I will not wait around until he chooses to do it. If we fight, fine. Otherwise, my retirement has already been decided,” Marquez said.

“It’s possible that my next fight will take place on April 21 in Mexico City against David Diaz, but that is still only a possibility.”

Nacho Beristain, Juan’s manager and trainer added – [Pacquiao’s stock] plunged after what Juan did to him. I think that he wants the fight against.