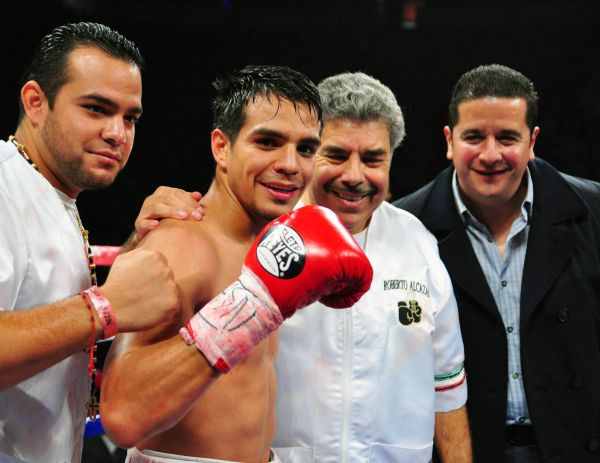 Unbeaten American Jose Zepeda will travel to Manchester, England, in pursuit of the vacant WBO lightweight title and the 26-year-old knockout artist promises that neither his opponent, Terry Flanagan, nor a hostile British crowd will stand in his way on July 11.

Zepeda (23-0, 20 knockouts) is adding the finishing touches to his preparation for the biggest fight of his career to date and is acutely aware of the challenge posed by Flanagan, a southpaw stylist who is also unbeaten at 27-0 (10 knockouts).

“Flanagan is a great fighter with a good record and he’s doing something right,” said Zepeda in a press release issued by Queensberry Promotions. “I also believe that I’m a great fighter and my record says it. I think this will be a fantastic fight and, knockout or distance, we’re prepared to win.

“When I go into a fight I never think about a knockout, it comes by itself. We will see what happens on July 11.

Robert Alcazar, a former trainer of six-weight world titleholder Oscar De La Hoya, will be in Zepeda’s corner and the unbeaten knockout artist credits his esteemed coach with the success he’s had during the early stages of his career.

“Robert and I have a good relationship,” Zepeda said. “He’s showing me a lot and he’s been in the big league, not just with Oscar, but with Edwin Valero and many more. We started together and five years on we’re still unbeaten. He made me the fighter I am now.

“We’ve been sparring hard for thirteen and fourteen rounds because when we go more than twelve we know we’re ready. I haven’t really seen much of Flanagan, I leave that to Robert.”

Manchester, Flanagan’s home city, is a boxing hot bed and visitors are rarely greeted warmly but Zepeda is retaining a calm demeanor ahead of the voyage.

He said, “I’ve only fought in Mexico and the U.S. so coming to England is something new for me. My promoter told me there was a chance that we would be going abroad but I’m strong and I’m prepared. I’m just going over there to do my job.”