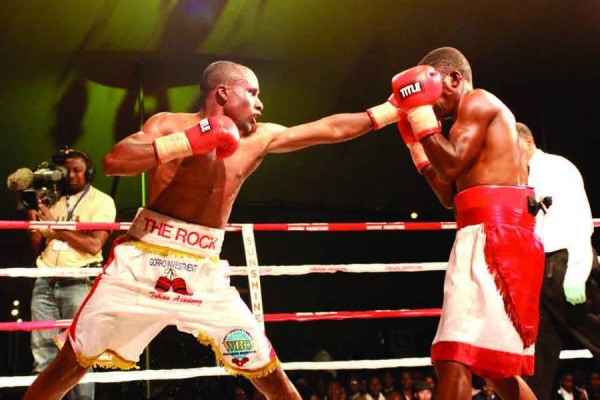 Under normal circumstances, Ambunda should only be obliged to fight a mandatory fight after nine months from the date of winning the world title but his promoter Nestor Tobias said they have accepted the challenge from the Japanese camp because Ambunda is in good shape and hungry for more success.

Tobias said both camps have agreed on a neutral venue, so that also gives Ambunda more room to successfully defend his first title fight. “We would have loved to stage his first title defence fight in Namibia but unfortunately due to lack of funds, we have to fight away from home but luckily it’s a neutral venue. We expect a very tough fight, but we are confident to retain this world title not only for now but for a very long time to come,” said Tobias.

“We have received a number of offers from across the world to fight  Ambunda and have considered them all but opted for the best quality fighter, who is Kameda,” he added.

“We however wish to ensure that Namibians watch this fight live and we are in negotiations with NBC TV to buy rights for Namibia so that our fans don’t miss this fight. We at MTC Nestor Sunshine Academy would also like to invite all Namibians to contact any travel agency to book their tickets and accompany us to the Philippines to support The Rock,” concluded Tobias.