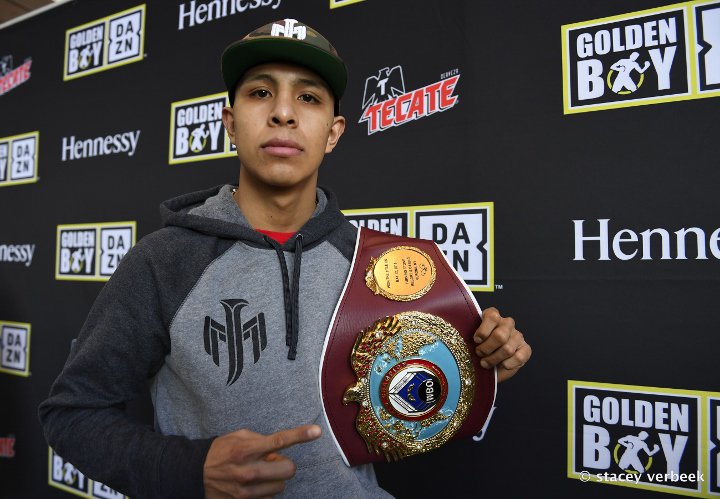 The World Boxing Organization has announced that a deal was reached for the mandatory fight between WBO junior middleweight champion Jaime Munguia and challenger Dennis Hogan.

Initially, the WBO called for a purse bid – which was scheduled for Monday, March 4th 2019, at 10:00 a.m. ET at the World Boxing Organization’s headquarter offices in San Juan, Puerto Rico. The minimum Purse Bid amount was $200,000.

But the WBO were informed on Wednesday by both parties, that a deal had been reached – and as a result the purse bid was officially canceled.

Earlier this month, the WBO gave both sides 30 days to reach an agreement.

The sides were in talks to potentially place the bout on the Canelo Alvarez vs. Daniel Jacobs card on May 4th at T-Mobile Arena in Las Vegas.

He then retained the title with big wins over Liam Smith and Brandon Cook.

Munguia already fought in 2019, when he retained last month and won a tough twelve round unanimous decision over Takeshi Inoue.

He is scheduled to fight again on April 13th at the Arena Monterrey in Mexico. That return was slated to be a voluntary defense before facing Hogan in the fall.

But now it appears that Munguia’s next fight will likely be Hogan.

Hogan (28-1-1, 7 KOs) has won five in a row since losing a twelve round decision to Jack Culcay in December 2015. He saw action twice last year, with two decision wins.