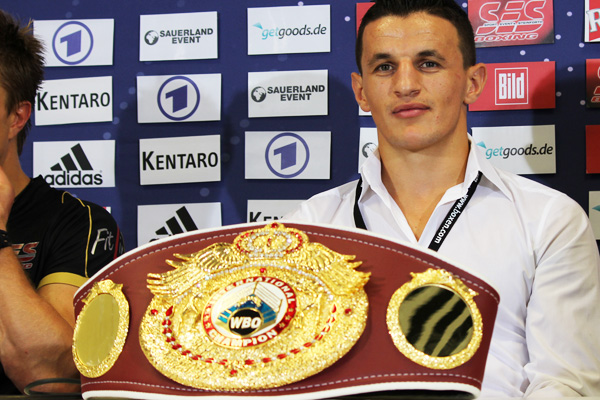 Robin Krasniqi meets Oleksandr Cherviak – the attack on the world title opportunities with the WBO and WBA.

SES-half-heavyweight Robin Krasniqi (41-3-0 (16)), in addition to the defense of his WBO International title in the half-heavyweight also the vacant WBO Continental title in his sights. After his crushing knockout win against Emmanuel Danso in March in Potsdam Krasniqi has reported impressive back in the boxing scene. Against the Ukrainian Oleksandr Cherviak (14-3-1 (4)), which is performed at the WBA to position 5 and at the WBO as number 15, the Munich Krasniqi can now make the jump right at the front in two world rankings. As the No. 3 of the WBO world rankings and the fourth in the WBA rankings Robin Krasniqi has an ideal position to be restored promptly to develop a world title chance at a win.