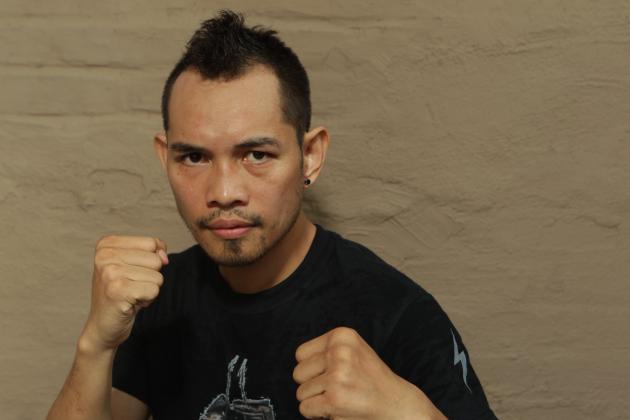 Former five-division champion Nonito “The Filipino Flash” Donaire (35-3, 23 KO) will look to move one step closer to another shot at a world title. On Friday night in San Juan, PuertoRico, the 33-year-old Donaire will take on 24-year-old Cesar Juarez (17-3, 13 KO) for the regional WBO International junior featherweight (super bantamweight) title.

The fight is the co-featured bout on a card that will also see young Puerto Rican star Felix Verdejo in a showcase fight against JosenilsonDos Santos.

Juarez is listed as the No. 1 contender in the WBO‘s latest rankings, per the organization’s official site; Donaire is second. Despite Juarez’s higher current ranking and possession of the WBO regional title, Donaire has far more experience, and it would appear he is the more talented fighter.

The Mexico native deserves credit for his heart and desire. In his last fight in July, Juarez faced Juan Carlos Sanchez Jr. The former never stopped coming forward, throwing punches and battling for the WBO International junior featherweight title. Juarez would drop Sanchez in the 10th round.

After 12 grueling frames, Juarez proved to have more in the tank than his opponent. He was rightfully awarded a unanimous-decision victory and the title. It was easily the biggest win of Juarez’s career. In a vintage performance, Donaire disposed of Anthony Settoul in the second round. Donaire had all of his weapons on display in the short, but destructive bout.

He dropped Settoul twice in the first round with crushing left hooks to the body. In the second round, he masterfully slipped a Settoul jab and countered with a lighting-quick right hand over the top.

Settoul went down in a heap. Seconds later, his corner threw in the towel, giving Donaire the TKO victory.

Coming off such a spectacular win, Donaire has to feel a little better about his career than he did this time last year. In October 2014, Donaire lost his WBA Super World featherweight title when he was stopped for the first time in his career by Nicholas “Axe Man” Walters.

Top Rank Boxing tweeted a quote from Donaire discussing the loss to Walters: “For the 1st time in my life, I touched the canvas.” – @filipinoflash on the @AxeManWalters fight #truTVboxing

Since that loss, Donaire is 2-0, including the win over Settoul. He now has his eyes on some of the best fighters in the weight region. That includes WBO featherweight champion Vasyl Lomachenko:

“It’s not just @vasyllomachenko, who ever the best TR have , I want to be in there with them.” – @filipinoflash on possible opponents.

That said, Donaire doesn’t appear to be looking past Juarez. He was complimentary of his young opponent:

.@filipinoflash on Dec 11th opponent, Cesar Juarez -” He’s non stop all the time. He seems to get stronger every round ” .

Is that going to be enough for Juarez to pull off the improbable victory?

There’s no way Juarez has a chance to compete with Donaire. The speed and quick-twitch athleticism are drastically in favor of the more decorated Filipino fighter.

The physical advantage says nothing of Donaire‘s decided edge in experience. If this fight makes it beyond the fourth round, it’ll be a testament to Juarez’s heart.

If it goes beyond the sixth, Juarez’s corner should be investigated for allowing their fighter to take unnecessary punishment. In any case, Donaire will win by KO/TKO.