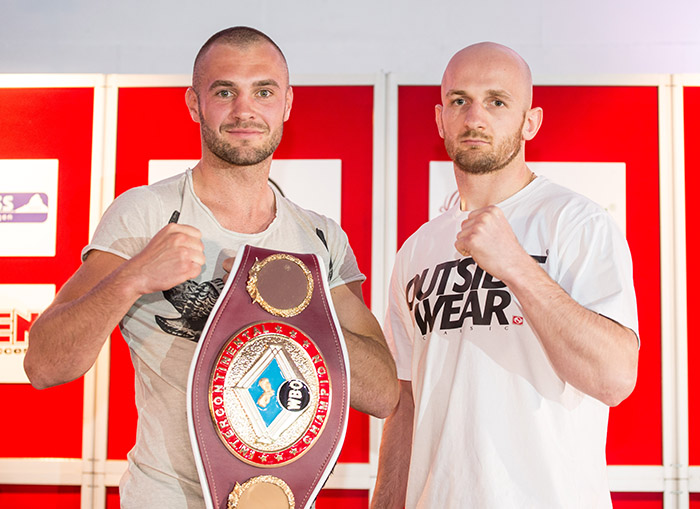 SES Boxing has a fight card on Saturday at the Sparkassen-Arena in Jena, Germany. In the main event, WBO #1 light heavyweight Dominic Boesel (18-0, 6 KOs) meets Norbert Dabrowski (17-2, 6 KOs) in an MDR-televised clash for the WBO Intercontinental belt. Here are the highlights from the press conference at the legendary Zeiss Planetarium.
Dominic Boesel: “Basically I like to box at such short intervals. It’s the only way to get to the top, The media hype is currently no distraction, it motivates me positively. We have studied Dabrowski extensively. I know all about him. We both want to win, but I’ll be the winner.”
Norbert Dabrowski: “We have a strategy to win. I rely on my technique and I’m pleased that Dominic is also a technician. In the ring, you’ll see who is better. I have come to take advantage of this great opportunity and win!”
Also WBO female middleweight champion Christina Hammer (17-0, 8 KOs) faces Kali Reis (7-3-1, 3 KOs).
Christina Hammer: “With the fight postponement, I’ve been preparing for a long time. I had to almost do everything twice. But doesn’t hurt, it’s just annoying. Kali Reis comes forward, is aggressive, wants to dominate. She will not succeed with me. I’m better. I’m the number 1!”
Kali Reis: “She is the “queen” in the middleweight division, the world champion – I respect that. But Saturday night I’m going to show her and I’ll get her crown.”
The SES-Box-Gala will be broadcasted live on MDR/ Germany