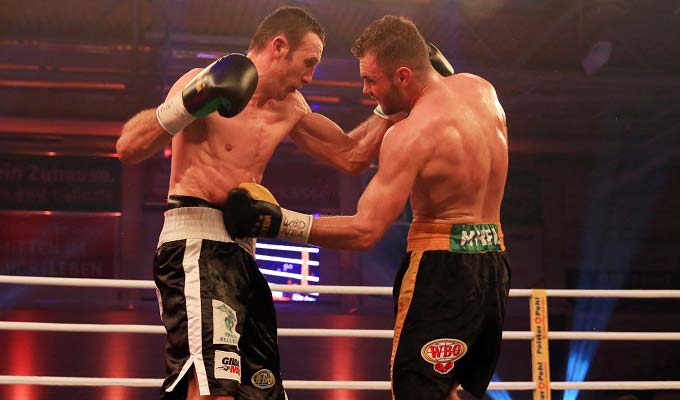 WBO #1 light heavyweight Dominic Bösel (21-0, 7 KOs) won a twelve round unanimous decision over Balazs Kelemen (24-2, 13 KOs) on Saturday night at the Erdgas Sportarena in Halle, Germany. Bösel came out aggressively in round one and took the fight to Kelemen, who had previously been competing in the super middleweight division. He staggered Kelemen in round two with a left hook and continued to rock the Hungarian as the bout progressed. Bösel floored Kelemen in round eight with a left hand, but Kelemen stayed in the fight until the end. Scores were 120-107, 119-108, 118-109. Bösel retained his WBO Intercontinental title and claimed the vacant WBA Continental title.