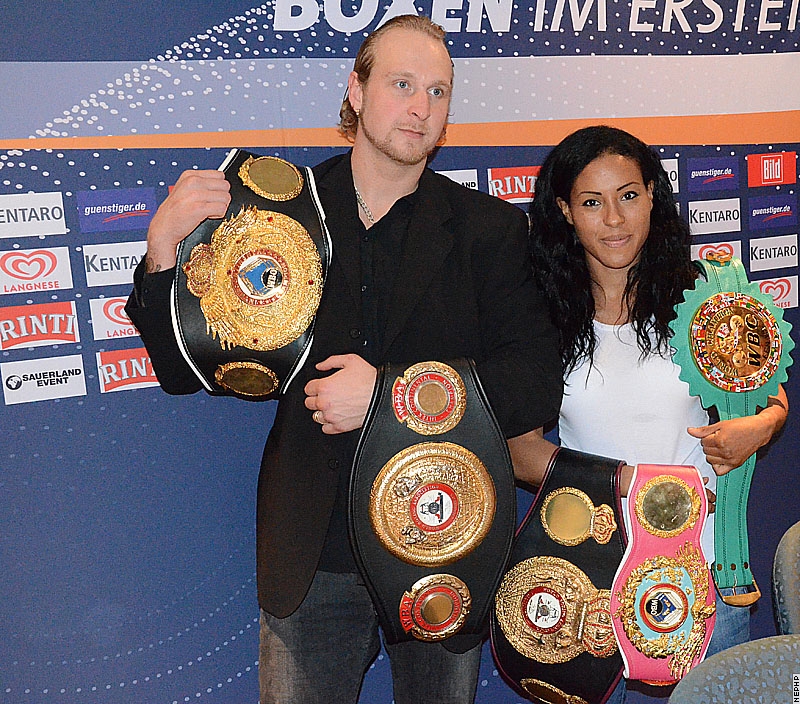 In action on December 3 will be WBO & WBA Intercontinental Heavyweight Champion Robert Helenius (16-0, 11 KOs), who takes on an opponent to be announced. Ever since knocking out three former world champions – namely Lamon Brewster, Samuel Peter and Siarhei Liakhovich – Helenius is a superstar in Finland. “It´s a small country,” he said with a smile. “But the people love sports, especially boxing. It will be a great pleasure to fight in front of my hometown fans again. I know it will be very loud at Hartwall Areena on December 3.”

Helenius had already visited Helsinki last Thursday to attend a packed press conference before returning to Berlin to resume practice. On Monday afternoon, he joined Alexander Povetkin on the podium in the German capital. “It will be a great night of boxing in Helsinki,” coach Ulli Wegner said. “The fact that Robert has already knocked out three former world champions speaks volumes about his class. He will make his hometown fans very proud on December 3 – just like Cecilia Braekhus, who is the best female boxer out there.”

The WBO/WBC/WBA Female Welterweight Champion (18-0, 4 KOs) will make another defence of her title collection on December 3, taking on Kuulei Kupihea (7-1, 2 KOs). “It will be great to fight in Helsinki again,” she said. “My management regularly picks opponents from the top ten. I am happy to prove myself against the best challengers out there. I will continue my winning streak in Helsinki.”