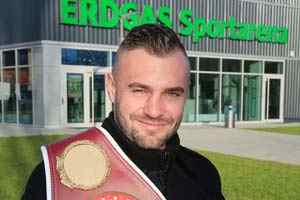 Unbeaten WBO #1 light heavyweight Dominic Bösel (20-0, 7 KOs) will take on Balazs Kelemen (24-1, 13 KOs) from Hungary on January 23 at the new Erdgas Arena in Halle/Saale, Germany. Bösel will be defending his WBO Inter-Continental belt. 80% of the tickets have already been sold within six days of going on sale. The WBO world champion in that division is Sergey Kovalev.

SES Boxing is starting the year off fast with two fight cards in the first three weeks of 2016.