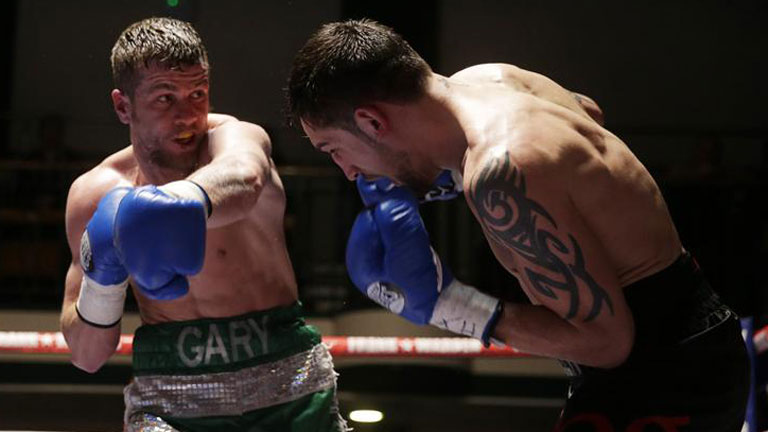 Wembley’s Gary Corcoran beat Danny Butler to claim the Vacant WBO Intercontinental Junior-Middleweight Championship at York Hall last night. The natural-born scrapper was on the front foot from the off and dominated large parts of the bout; securing a unanimous decision win with scores of 100-89, 99-90 and 100-89.

‘Hell Raiser’ lived up to his name and came flying out his corner in the opening round, peppering Butler with hooks and jabs. Both men were happy to stand and trade at will; making for an explosive start to the evening’s bill-topper.

All-action Corcoran refused to take and step back and chased down Butler throughout the opening rounds. Butler gave as good as he got and landed some strong combinations of his own. The fight began to swing in Corcoran’s favour in the seventh round. Corcoran’s blistering hand speed had Butler in trouble, the Bristol man was pinned up against the ropes throughout the seventh and took a tumble out of the ring.

Red-hot Corcoran displayed is ferocious punching power and took his record to 15-0-0 KO’s 6 whilst picking up the first title of his professional career. After dealing with Butler the 25 year-old has now set his eyes on a showdown with British and Commonwealth Champion Liam Williams.