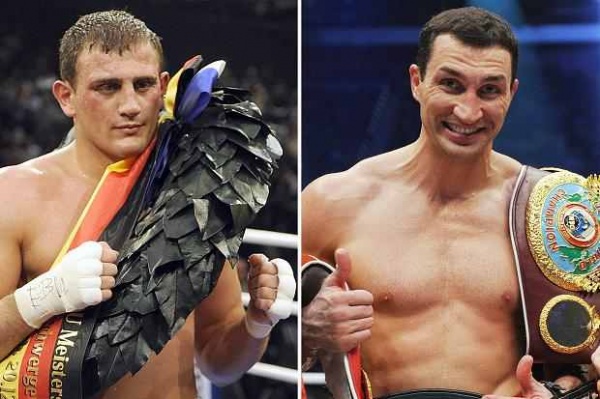 FRANCESCO PIANETA has vowed to shake up the heavyweight division by dethroning Wladimir Klitschko.

Unbeaten Pianeta, 28, is the latest challenger to sign up for a showdown with unified world champ Klitschko.

And the Italian believes he will become just the fourth boxer to defeat Dr Steelhammer when they collide in Germany on May 4.

He said: “I was briefly Klitschko’s sparring partner last year and I noted where his weaknesses are and how best to exploit them.

“I understand many see me as an outsider and that is fine.

“But I will knock Klitschko out and turn the world of boxing on its head.”

Despite boasting a record of 28 wins and one draw, Pianeta has rarely mixed it at the highest level.

Despite the gulf in experience, 36-year-old Klitschko insists he will not take the southpaw lightly.

The WBO, IBF and WBA world champion said: “I have a lot of respect for Pianeta because he is young and has a big fighting spirit.”